Undocumented Immigrants Have Nowhere to Turn for Help After Disasters 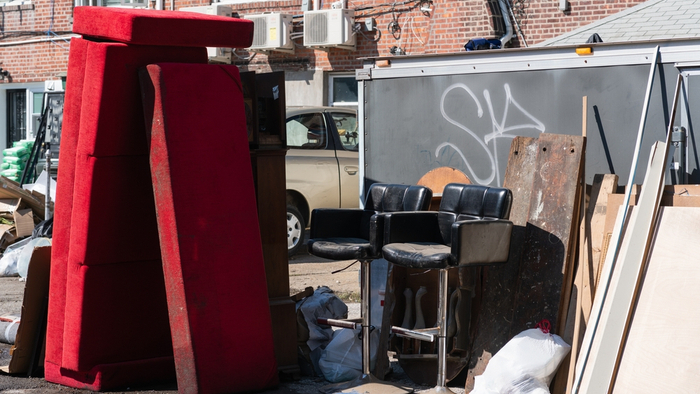 • María Paula Rubiano A. explains the problems created by excluding undocumented immigrants from assistance following disasters and how to address them.

• What role can you play in supporting the immediate and long-term needs of undocumented immigrants?

When Hurricane Ida hit New York City on September 16, it dumped more than three inches of rain an hour. Sewers overflowed, streets turned into rivers, and thousands of homes and basements across the city’s five boroughs flooded. Assemblymember Jessica González-Rojas saw the devastation firsthand when she toured her constituent neighborhoods of Corona, East Elmhurst, Jackson Heights, and Woodside in Queens. Family after family, mostly low-income immigrants, told her they’d lost almost all of their possessions in the storm. But as González-Rojas encouraged residents to seek help from the Federal Emergency Management Agency, or FEMA, she learned that those who were undocumented were ineligible for aid.

Other elected officials, including state representative Catalina Cruz and city council member Darma Diaz​​, discovered the same thing. Cruz’s office fielded dozens of phone calls from undocumented immigrants struggling to recover from the flooding, with no place to turn for help. As pressure mounted, Governor Kathy Hochul and Mayor Bill de Blasio announced a $27 million fund to help undocumented survivors of Ida in the city — the first initiative of its kind in the country. The fund will provide up to $72,000 to about 1,200 households with undocumented members to pay for things like repairing homes and replacing essential items.

“We have been fighting for this kind of disaster relief in our communities,” said Lucas Zucker, policy and communications director at the Central Coast Alliance United for a Sustainable Economy, or CAUSE, in California. “The fact that New York is taking this step is historic.”

Despite the growing impacts of climate-related disasters from coast to coast, the New York program is the first time a state or the federal government has invested in supporting undocumented immigrants after a disaster. This reality has left millions of people across the U.S. in a state of “hyper-marginalization,” explains Michael Méndez, an environmental justice and public health researcher at the University of California, Berkeley. “The ways that we have set up our disaster infrastructure — at the federal, state, and local levels — are rendering invisible undocumented migrants because of cultural and racial norms of who is considered a worthy disaster victim.”

Read the full article about undocumented immigrants by María Paula Rubiano A. at Grist.