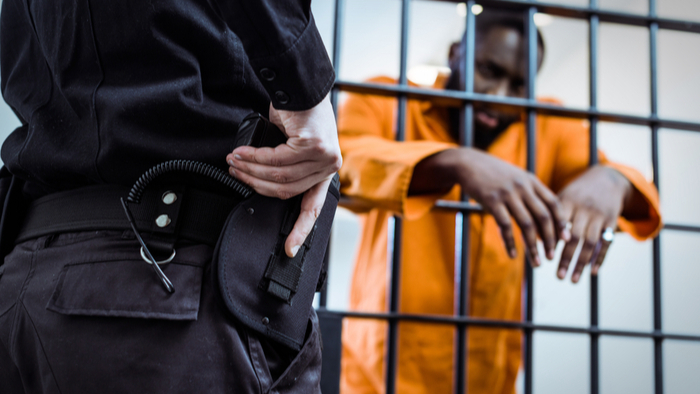 • Prison Policy Initiative put together a series of graphics to represent data on the inherent racism in mass incarceration throughout the U.S.

• How important is it for people to look at these graphs and charts on racism in mass incarceration? What can you do to spread awareness and advocate for criminal justice reform?

• Learn more about your role in advocating for an end to racism in mass incarceration.

Recent protests calling for radical changes to American policing have brought much-needed attention to the systemic racism within our criminal justice system. This extends beyond policing, of course: Systemic racism is evident at every stage of the system, from policing to prosecutorial decisions, pretrial release processes, sentencing, correctional discipline, and even reentry. The racism inherent in mass incarceration affects children as well as adults, and is often especially punishing for people of color who are also marginalized along other lines, such as gender and class.

Because racial disparity data is often frustratingly hard to locate, we’ve compiled the key data available into a series of charts, arranged into five slideshows focused on policing, juvenile justice, jails and pretrial detention, prisons and sentencing, and reentry. These charts provide a fuller picture of racial inequality in the criminal justice system, and make clear that a broad transformation will be needed to uproot the racial injustice of mass incarceration.

In the case of criminal justice data, race and ethnicity are not always self-reported. Police officers may report an individual’s race based on their own perception – or not report it at all – and the surveys that report the number of incarcerated people on a given day rely on administrative data, which may not reflect how individuals identify their own race or ethnicity. This is why surveys of incarcerated people themselves are so important, such as the Survey of Inmates in Local Jails and the Survey of Prison Inmates, but those surveys are conducted much less frequently. In fact, it’s been 18 years since the last Survey of Inmates in Local Jails, which we use to analyze pretrial jail populations.