We Need To Pay Attention to School Infrastructure 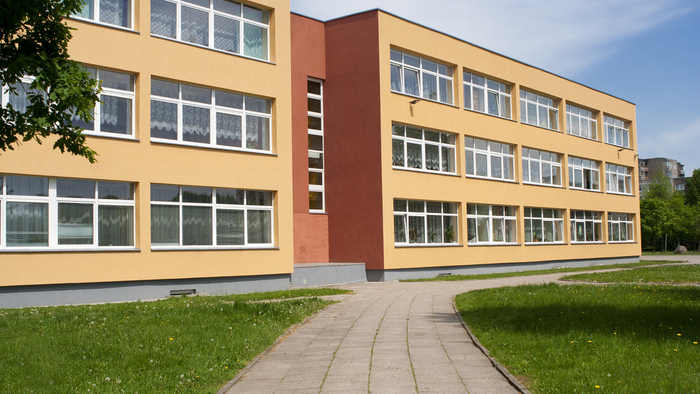 • Andre Perry argues that if we care about equity in education, we need to pay attention to school infrastructure.

• What support do schools in your area need? How can we provide proper facilities for our children?

• Learn about the importance of facilities for charter schools.

When boilers failed at multiple public schools in Baltimore in 2018, teachers adapted by bringing in space heaters to warm shivering students’ hands. Kids huddled in their winter coats indoors. A full 60 schools had problems, though administrators were only forced to close eight that had major mechanical irregularities to heating problems, according to The Baltimore Sun.

The infrastructure failures of Baltimore schools symbolize the overall lack of investment in black-majority cities and the people in them. People who blame black leadership and residents’ choices for the conditions of their neighborhoods and schools obviously won’t invest in them. No less than the president of the United States faulted the leadership of the late U.S. Rep. Elijah Cummings, representative for Maryland’s 7th Congressional District, for what the president called a “rat and rodent infested mess.”

When something goes wrong in black neighborhoods, it isn’t long before you hear the reflexive criticism “it all starts at home,” or “if only they weren’t that way” — “they” referring to black people. Sure, poverty, crime and educational parity are real issues that black people face, but how high can we fly if the very ground beneath us is crumbling?

A January 2020 report by the Johns Hopkins University Center for Applied Public Research found that “[p]roblems with heat and cooling accounted for lost school time of more than 1.2 million hours, equivalent to more than 179,000 days, over the last 5 years, representing about 80% of the time missed.” The condition of a public school reflects more about the value that we as Americans see in that school, than the moral failings of the kids who attend it. Modern, well-functioning facilities reflect our willingness to walk the walk and put our public dollars into what we say we value. Princeton University professor and philosopher Cornel West often says, “Justice is what love looks like in public.” Well, shiny new buildings and working HVAC systems is what educational love looks like in public.

Read the full article about keeping up with school infrastructure by Andre Perry at The Hechinger Report.