We Need to Talk About Climate Change 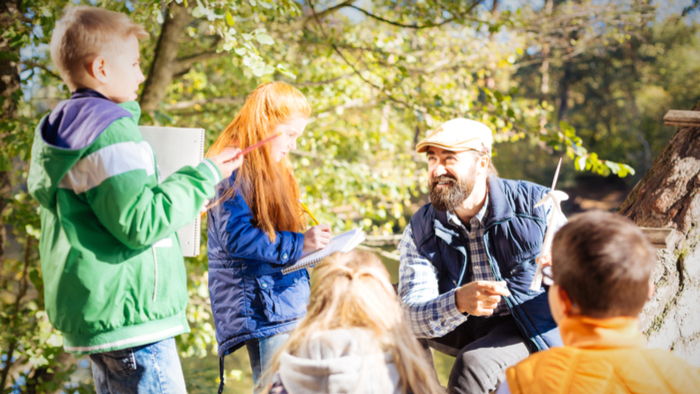 • Katharine Hayhoe explains why we need to embrace discussions about climate change in our lives and explains how to make those conversations impactful.

• How can you better engage with your peer about climate change? how can schools work to begin productive conversations around climate?

• Learn about methods of engaging skeptics in conversations about climate.

Greg Dalton: Katharine Hayhoe, I hear a lot about as a host of a talk show that we need more than talk we need climate action.  And yet you say that talking about climate is actually meaningful and something people should do more of.  So how can talk be so important?

Katharine Hayhoe: Well when you look at the data it turns out that about three quarters of people in the whole U.S. don’t even hear somebody else talk about climate change more than once or twice a year.  And if we don’t talk about it why would we care, if we don’t care why would we act.  So action begins with the conversation.

Greg Dalton: And then why aren’t people talking about it?  There’s a term of socially constructed silence; is it like sex and politics we don’t want to talk about it because it’s difficult, why?

Katharine Hayhoe: Well, they’re looking at that because we want to know, right.  And some of it is we’re afraid it’s gonna start a fight.  Climate change is one of the most politically polarized topics in the entire United States.  And I’m not gonna lie, sometimes when I live in Texas and occasionally if I don’t want to get into it with anybody when they say, what do you do? I say I work at tech.  Most of the time I don’t but sometimes I do, you know, the grocery store that’s not where you really wanna have an argument over the cantaloupes.

But part of it too is because often that conversation might just be depressing and who wants to talk about an apocalyptic scenario where you don’t feel like there’s anything you can do about it.  And then also often people feel like they don’t know enough to talk about it.  I mean it’s this super complicated topic that you use things like large ensembles to study you have to understand words like stochastic and nonlinear and things like that.  And so we kind of shy away from it because we feel like it’s just something that those giant eggheads talk about; it’s not something that relates to my life personally.  So there’s a lot of barriers I think to having those conversations and we are here to break those barriers down tonight.

Read the full interview with Katharine Hayhoe about discussing climate change by Greg Dalton at Climate One.