What Are Structural Inequalities? 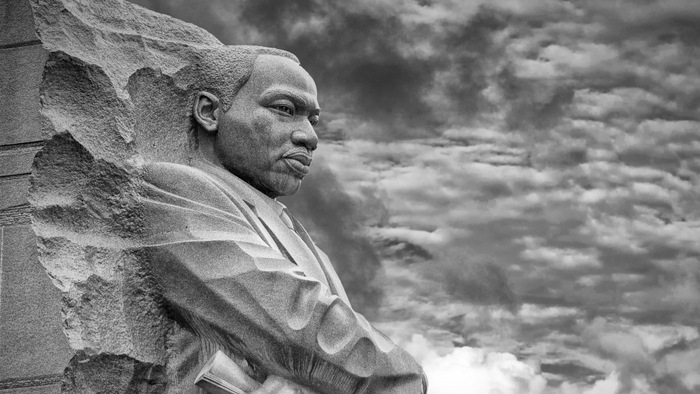 • Shervin Assari explains how structural inequalities are created and perpetuated and how they marginalize certain groups.

• How can funders work to dismantle structural inequalities? Where are marginalized populations concentrated in your area?

But just what do “structural inequalities” mean?

They are inequalities deeply woven into the very fabric of a society. They can be observed across institutions such as legal, educational, business, government and health care systems. Inequalities occur because of an imbalance in the distribution of political and economic power. While one group has historically set the rules and writes the law of the land, access of others to wealth and resources have been limited.

Blacks, for example, have been historically denied access to well-paying jobs, entrance into elite educational institutions, and wealthy neighborhoods. At the same time, whites have accumulated wealth, education and prestigious jobs that were systemically blocked for blacks. Such societal functions sometimes continue for centuries, with strong structures being built, reinforcing political and economic power.

As an assistant professor of psychiatry at the University of Michigan and a faculty member at Charles R. Drew University of Medicine and Sciences, I have conducted several studies on how social factors such as race and class shape access to economic and health outcomes. My studies have shown that as a result of such structural inequalities, the very same economic resources consistently generate better outcomes for the privileged group.

My studies have established that unjust social structures hinder non-whites, particularly blacks, who have been historically marginalized. Many in the U.S. want to believe that people can pull themselves up by their bootstraps. I believe that the naked truth, however, is that there are powerful unjust social systems in place, operating for centuries, that help some but hurt many.

Historical patterns affect structure in many ways. For example, it gives those with money and inherited wealth a head start. Those whose families have had money for decades or centuries have far more access to good education and first-rate health care.

Those who have been discriminated against, particularly blacks, are far less likely to have that same access or even the ability to catch up. In addition, my studies have suggested that even when blacks do achieve wealth and high education, their health still suffers.

When black men become successful, they will pay for the rest of their life some health consequences. It is due to such injustice that social networks disproportionately help the privileged group.

The harmful effect of inequality is not just because of being at a lower status. Even just being aware of it can make a person sick, some studies suggest. Seeing the world as an unfair place is a risk factor in itself for poor health.

A chance to cheat

In addition to the higher wealth of the individuals involved in the admissions cheating scandal, unjust social structure has played a role in giving the privileged an opportunity to cheat. It is not all about the cheater. The cheating-friendly context enables the cheater to cheat.

Those with money, access and fame are generally favored by society, giving them extremely high levels of access to social power, resources and networking.

In many countries, particularly the U.S., this system of privilege has been historically attached to skin color and other social identities such as race and class. The most common race involved in the college admissions scandal incident was white, the highest privileged race.

Research has well documented the “large and persistent” inequalities between social groups in the U.S. While the U.S. as a whole is the wealthiest country in the world, it is also one of the most unequal ones.

As there are more and more opportunities open for the “haves” than the “have-nots,” without any ill intention, the gap in society becomes larger and larger as the U.S. becomes a wealthier country. This is inevitable unless we find a policy solution for it.

I hope this discussion can help bring understanding about why, without ill intentions, structural inequalities generate gaps across social groups. Social privilege is not a myth. It is real and consequential. It is up to us, the American society, to demand equity, and fight societal and structural malady.

Learning with others and benchmarking are key steps towards becoming an impact giver. If you are interested in giving with impact for Poverty, take a look at these events, galas, conferences and volunteering opportunities to connect with individuals like you.

Poverty is an important topic. Other members found these Giving Funds, Charitable Organizations and Projects aggregated by Giving Compass to be relevant to individuals with a passion for Poverty.