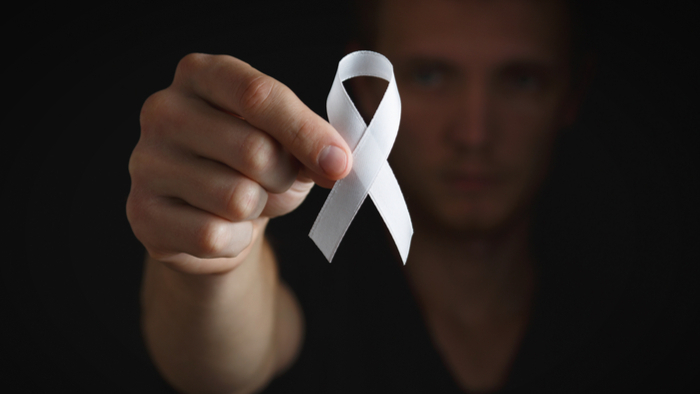 Perhaps clinging to a long-held belief that lung cancer patients caused their own condition, non-smokers or never-smokers feel immune to a disease that kills 154,000 men and women in the U.S. each year.

Do these suppositions change when it’s revealed that upwards of 70 percent of those diagnosed with lung cancer have never smoked, or quit smoking decades ago?

Or when it’s revealed that people under the age of 40 are increasingly being diagnosed with lung cancer at late stages?

These mostly never smoker patients are more likely to be female, to have advanced lung cancer at diagnosis and for the cancer to be more aggressive. This face of lung cancer is the daughter who is a star college athlete, the young mother and the promising young professional – young lives cut short by a five-year survival rate of just 18 percent.

The reality is that this stigma, this flawed perception that denies anyone can get lung cancer, has impeded funding for research for decades, stalling the fight to make lung cancer a chronically-managed disease and delaying important work to find cures.

But that is changing.

Interested in learning more about Cancer? Other readers at Giving Compass found the following articles helpful for impact giving related to Cancer.

Through education, advocacy and research, Addario Lung Cancer Foundation (ALCF) are helping to ensure the public, medical and research communities understand the reality of who gets lung cancer. We work to gather and support the voices of all lung cancer patients so they have a seat at the table.

Thus far, data from the GoYLC Study shows that more than 80 percent of all patients under 40 have targetable mutations and are candidates for molecularly targeted therapies or precision medicine. These findings were presented at the American Society of Clinical Oncology and at the International Association for the Study of Lung Cancer Research’s World Conference on Lung Cancer.

Our results are an impetus to explore other specific populations of lung cancer until it is no longer a stigmatized disease with a “cookie cutter” approach to treatments, but rather one where a personalized approach leads to significantly improved outcomes.

Today, ALCF, researchers and patients are working together to better understand the genetics of the disease and how genetic mutations are treated differently. We are bringing people together to impact research and gain a deeper understanding of specific types of lung cancer – ROS-1 positive and epidermal growth factor receptor (EGFR) positive. In July 2018, we began a groundbreaking study to test patients with early-stage non-small cell lung cancer before surgery and up to five years after surgery to help predict which patients need further treatment and which are likely to have been treated successfully with surgery alone.

What Donors Can Do