Why Do Kids Fall Behind in Math? 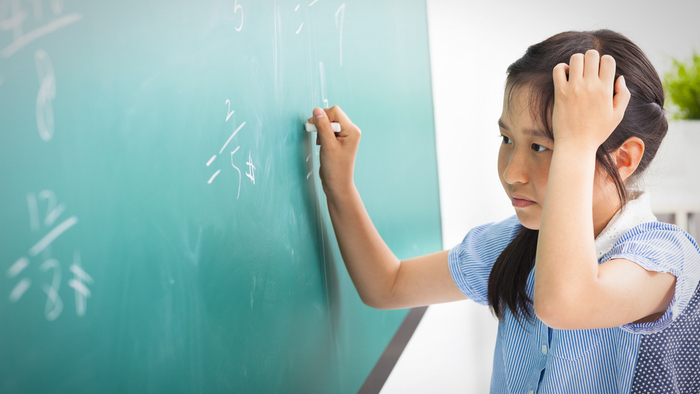 • How can funders help to develop and implement curricula that strike the appropriate balance between these extremes?

• Learn about the benefits of small group math instruction for young children.

TNTP’s 2018 report The Opportunity Myth found that when students don’t meet grade-level standards, the problem usually isn’t that they tried and failed but that they were never given a real chance to try in the first place. The 4,000 students TNTP studied across five school systems spent hundreds of hours each year on work that was below their grade level. Those who started the year behind academically were the least likely to have grade-appropriate assignments — even when they were capable of succeeding on them — making it nearly impossible for them to ever catch up to their peers.

Then, this fall, New Classrooms Innovation Partners released The Iceberg Problem: How Assessment and Accountability Policies Cause Learning Gaps in Math to Persist Below the Surface … and What to Do About It, making a seemingly divergent argument. The paper highlights how an exclusive focus on grade-level material can hinder students’ progress in math, especially when they have unfinished learning from prior years. Instead, learning gaps accumulate and students graduate unable to access some of the fastest-growing and highest-paying jobs in the country because they lack advanced mathematical skills.

As educators, advocates, parents and policymakers consider what it will take to ensure that students are prepared for postsecondary success, it’s worth pointing out some important areas of agreement in our work and put forth some practical solutions.

Read the full article about falling behind in math by Joel Rose and Daniel Weisberg at The 74.