Why Princess Diana’s Fight Against Landmines Was So Remarkable 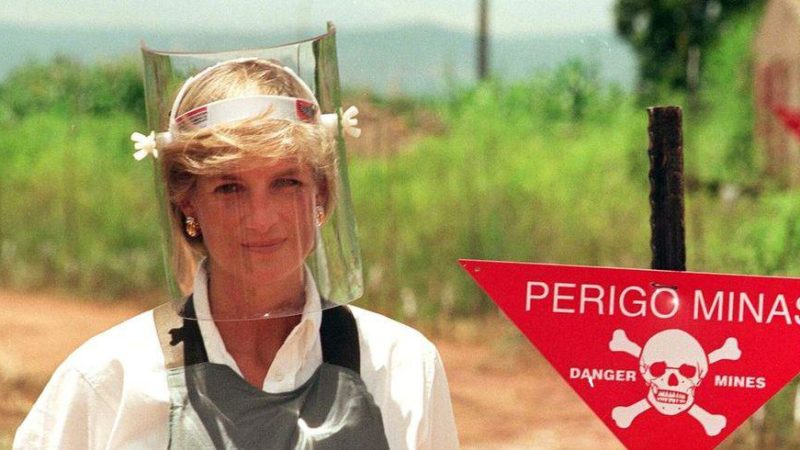 • Town & Country takes a look back on the advocacy work that late Princess Diana did, especially her push to ban landmines, which was controversial at the time.

• In the years since Diana’s death, are we continuing to make the world a safer place? How can we follow the example she set when it comes to outreach in conflict zones?

• Here’s how Diana’s sons are following in her footsteps in terms of charity work.

In January of 1997, just a few months before the tragic car crash that would take her life, Princess Diana stepped out onto an active minefield in Angola to learn how de-miners clear away explosives.

Never one to shy away from a difficult cause — her work with AIDS patients and the homeless in the 1980s and early ’90s was also groundbreaking — Diana knew full well the publicity a trip like this would generate for the then-controversial issue, and she was right. Advocating against landmines has become her legacy, and there are few more iconic images of Diana than the one of her sitting alongside a young amputee or the photo of her decked out in body armor, face covered, standing next to a sign that literally reads “danger.”

“If you were going to do a montage of pictures of the 20th century, I think those two images would stand a chance of getting into the top 100,” Paul Heslop, who accompanied Diana in Angola with Halo Trust back in 1997, and now serves as the Chief of Programme Planning and Management section of the United Nations Mine Action Service (UNMAS), said in a phone interview.

Read the full article about Princess Diana by Caroline Hallemann at Town & Country.

If you are ready to take action and invest in causes for Global, check out these Giving Funds, Charitable Organizations and Projects related to Global.