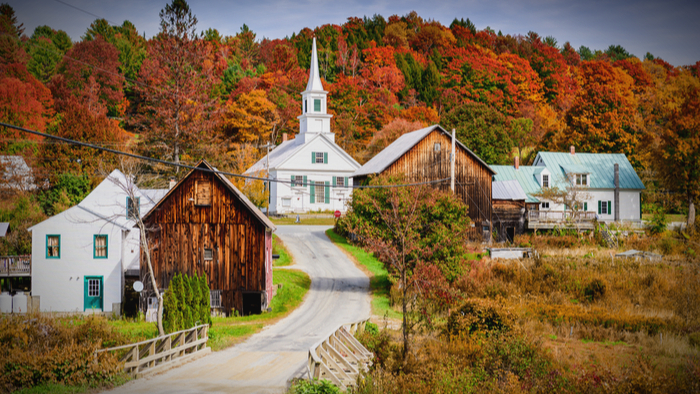 • Nathan Arnosti and Amy Liu explain that rural America will benefit from investment in local cities as they can bring stability to struggling areas.

• How will policy changes that affect rural cities in turn affect regions? What kinds of policies will strengthen both urban centers and rural areas?

• Read about closing the digital and economic divides in rural America.

The 2018 midterm elections affirmed that the deep geographic divides within the United States are here to stay. As they did in 2016, Americans living in rural areas overwhelmingly backed Republican candidates, fueled in part by the sense that the American economy is leaving them behind. The plight of rural America, and ideas for its economic revival, continues to animate policy discussions, including among Democrats concerned about their ability to appeal to blue-collar voters.

There are real economic challenges confronting small towns, many of which struggle to add jobs and retain population in today’s knowledge-driven economy. But it would be a mistake to enact policy solutions to save rural America at the expense of cities.  In fact, one of the best ways to help rural America may involve helping cities: supporting a distributed network of economically vibrant small and mid-sized cities across the United States.

The fundamental reality is that more people will live in cities in the years ahead, regardless of any local, state, or federal policy initiative. Given this, cities matter greatly to rural revitalization, for at least three key reasons.

Given market realities and the bleak long-term prospects for many small towns, rural America’s best bet might be to support economic growth in urban centers, including micropolitan areas, and strengthen linkages between urban and rural communities.

Read the full article about cities in rural America by Nathan Arnosti and Amy Liu at Brookings.

A good way to complement your interest in Economic Dev is to connect with others. Check out these events, galas, conferences or volunteering opportunities related to Economic Dev.

In addition to learning and connecting with others, taking action is a key step towards becoming an impact giver. If you are interested in giving with impact for Economic Dev take a look at these Giving Funds, Charitable Organizations or Projects.