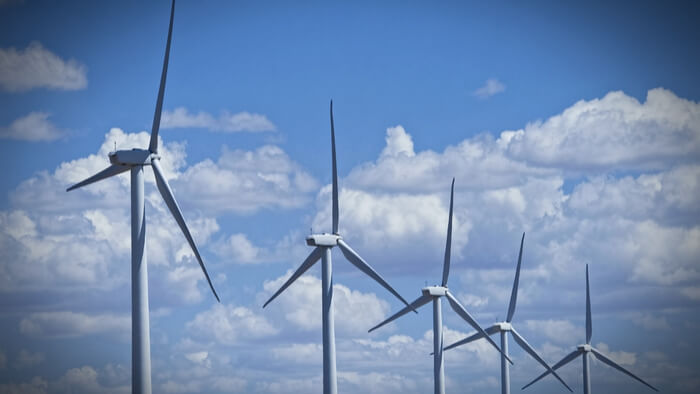 • Schools in rural areas are preparing students for new, high-paying clean-energy jobs. Wind farms are, by necessity, located in rural areas where they provide stable, middle-class jobs for locals.

• How can policy encourage companies to hire locals? How can schools better prepare students for the jobs in these, and other, growing industries?

• Jeremy Beer shares opportunities for philanthropy to make an impact on rural communities.

The Webb Consolidated Independent School District, which serves Bruni and a handful of other tiny towns, is launching what might be the nation’s first wind turbine technician program for high school students. Starting next year, students at Bruni High School will be able to take coursework that will give them a jump start on an associate’s degree in wind, which they can finish at Texas State Technical College in Harlingen, two and half hours down the road. The students can even earn a certificate through the classes and go straight to work on the turbines.

Locals hope the program will make this little school district a national model.

Politicians may hotly debate climate change and what to do about it, but the economy has come down clearly on one side. Jobs in clean energy are growing faster than any jobs in the United States. At the top of the list is solar panel installer, a position that typically requires just a high school diploma and pays close to $40,000 a year. Wind turbine service technician, with a solidly middle-class salary of $52,000 on average, comes in second. The position requires technical school training.

Perhaps the best part about wind jobs, industry experts say, is that they’re inherently rural, meaning they provide stable middle-class jobs in places that often have few other industries.