Women Are The Most Impacted By India’s Water Crisis 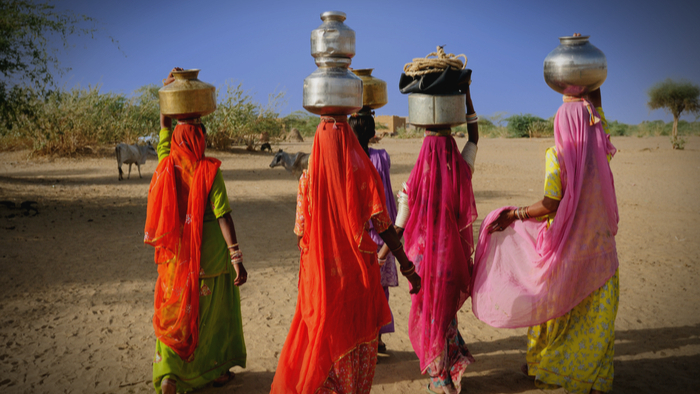 • Women in India are bearing the burden of the current water crisis, but are also critical to the country’s long-term security.

• How can donors support women empowerment as it relates to the water crisis?

• Read about the severity of the water scarcity issue.

Across cities and villages in India, an impending water crisis is at our doorsteps. India will face a water shortfall of almost 50 percent by 2030, if our water use continues its current pattern. Last year, Chennai and Bangalore showed us what water scarcity looks like; the statistics are no longer just numbers on paper, they have become our reality.

Even as we’ve started to acknowledge the water crisis in urban India, we’re still disconnected from how our rural communities are affected by it. Water is their life and their livelihood. Agriculture accounts for over 80 percent of India’s freshwater use, and more than half of India’s rural population depends on farming as a vocation. Sixty percent of India’s districts face a problem of either over-exploited groundwater or poor water quality. This is because 63 percent of water for irrigation depends on groundwater (and not on dams or canals).

As we, at Hindustan Unilever Foundation, started our work to promote water security and wellbeing for rural communities across the country, it became evident very quickly that women bear the brunt of this escalating crisis.

Women produce 60-80 percent of the food and 90 percent of the dairy products in our country. They have a high stake in solving the water crisis, and they’ve proven to be effective champions of solutions for their families and communities. Evidence from India indicates that women are not just integral to address water challenges, they are probably the only ones who can do it—at scale.

Read the full article about women and the Indian water crisis by Reshma Anand at India Development Review.