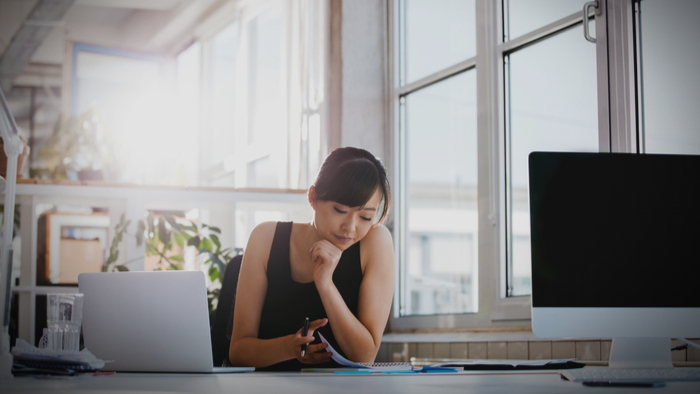 • Research indicates that racism and sexism both profoundly impact women of color in terms of workplace advancement, hindering further gains in gender equality.

• How can this research help inform policies and initiatives that will help diverse workers thrive?

A little over 100 years ago, the U.S. Congress ratified the 19th amendment, which ruled that women could not be denied the right to vote because of their sex. This amendment was the result of hard-fought efforts from many women (and some men) who recognized that disenfranchisement then, as now, was a blight on the nation and hindered the U.S.’s potential to achieve its stated goals of becoming a functioning democracy. The 19th amendment was especially significant for Black women who, despite the 15th amendment’s promises of voting rights regardless of race, still could not vote because of their gender. The fact that it took two different constitutional amendments—passed a half century apart—to secure Black women’s right to vote underscores how both race and gender have always mattered in significant ways when it comes to women of color.

‘A century later, race and gender continue to create divergent and uneven outcomes for women of all races and for men of color. This is particularly evident in the underrepresentation and experiences of women employed in professional occupations. An oft-cited statistic, for instance, reveals that as a result of factors including, but not limited to, motherhood penalties, gender discrimination, and occupational segregation, women make 79 cents for every dollar men earn. But Black women earn only 64 cents on the dollar, and for Latinas it is a dismal 54 cents. As it was in the early 20th century, women of color continue to experience occupational and economic disadvantages that reflect the ways both race and gender affect their work experiences.

How do racism and sexism impact women of color in professional settings? Research indicates that both factors adversely affect women in a variety of occupations through stifled leadership opportunities, the ongoing persistence of specific forms of sexual harassment, and subtle but pervasive doubts about competence, intelligence, and skill that are unrelated to actual performance.

It is important to note that these issues are not limited to Black women. In a recent study, sociologist Margaret Chin finds that Asian American women experience racialized and gendered forms of sexual harassment that leads to isolation and results in exclusion from leadership opportunities. Latinas, too, find that coworkers may interact with them based on stereotypes that they are unintelligent or illegally in the country, depictions that then require extra work to disprove.

Read the full article about women of color in the workplace by Adia Harvey Wingfield at Brookings.