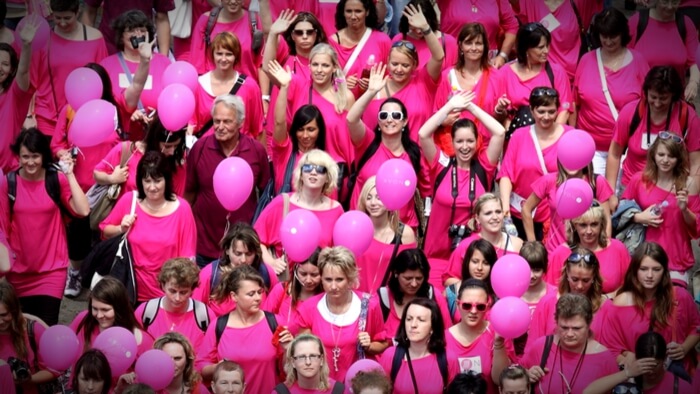 • In this PDF, the American Cancer Society breaks down the basic facts surrounding breast cancer – including information about diagnosis, treatment, and racial disparities.

• How can funders use this information to direct their efforts to fight breast cancer? What groups need to receive extra focus?

Breast cancer typically produces no symptoms when the tumor is small and most easily treated, which is why screening is important for early detection. The most common physical sign is a painless lump. Sometimes breast cancer spreads to underarm lymph nodes and causes a lump or swelling, even before the original breast tumor is large enough to be felt. Less common signs and symptoms include breast pain or heaviness; persistent changes, such as swelling, thickening, or redness of the skin; and nipple abnormalities such as spontaneous discharge (especially if bloody), erosion, or retraction. Any persistent change in the breast should be evaluated by a physician as soon as possible.