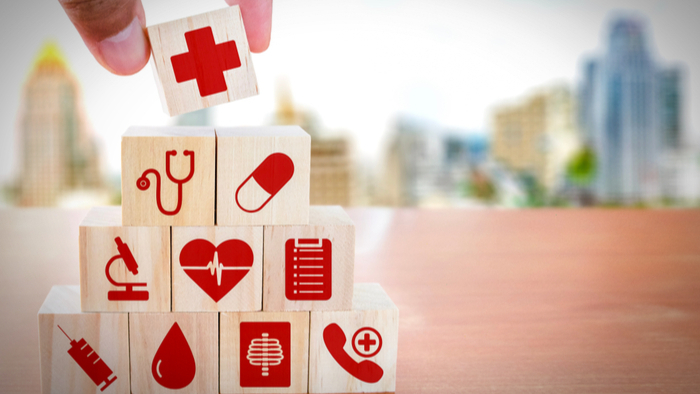 The United States has been experiencing high incarceration rates over the last few decades. Between 1980 and 2016, the incarcerated population increased from 503,600 in 1980 to 2,162,400 in 2016 (USDJ, 2018), and minorities comprise the majority of the incarcerated population, particularly adult males of color (Kaeble and Cowhig, 2018). Most individuals cycling in and out of incarceration have high rates of chronic medical conditions, severe mental health disorders, and substance use issues (Bronson and Berzofsky, 2017). Despite the need for timely and continuous access to care, many individuals do not receive necessary medical treatment while incarcerated or upon release (Wilper et al., 2009). Limitations in obtaining health insurance impose a barrier to reentry into the community, in turn contributing to a higher risk of recidivism.

In this paper, we explore how access to public health insurance affects recidivism. Health insurance is a key component for accessing quality care. This is particularly important for justice-involved individuals, as they often return to prison uninsured and with existing behavioral health issues (Mallik-Kane and Visher, 2008). To estimate the effect of health insurance on the probability of returning to prison, we exploit a policy change in a majority of states that expanded public coverage to low-income adults in 2014, which is known as the Affordable Care Act’s (ACA) Medicaid expansion. A related provision of the ACA is the inclusion of services for mental health and substance use disorder (SUD) as essential health benefits. Therefore, all plans sold in the Marketplace or provided by Medicaid to ex-offenders cover mental health and substance use disorder services, including behavioral health treatment, starting in 2014.

Our key insights are derived by noting that greater reduction in violent and public order crimes compared to property crimes is consistent with the perception effect being greater than the income and well-being effects. A closer look at our theory provides some strong rationales for this result. In particular, it reveals an important mechanical superiority of perception effects compared to the well-being and income effects. The well-being effect operates by probabilistically increasing the cost of committing crime. If an individual is convicted for committing crime, he loses his (increased) well-being by having to spend time in prison. Moreover, the well-being effect may actually be negative, if the policy changes that lead to increased access to health insurance also increase the likelihood or the quality of health care receivable by a convict, thus, reducing the cost of punishment. Similarly, the income effect operates by reducing the marginal benefit from extra income from property crimes, but, this reduction is relevant only if the individual is not caught, since otherwise he forfeits the gains from increased health coverage as well as his criminal benefits. Furthermore, the magnitude of the income effect is also conditional on, and is increasing in, an individual’s degree of risk-aversion. If an ex-offender has a low degree of risk-aversion, or acts as if he is risk-neutral, the income effect will be small in magnitude. In contrast to these observations, a reduction in a person’s perceived benefit from committing crime reduces the value from the uncertain prospect of committing crime, unconditionally, and is thus neither conditional on detection, nor is it impacted by a person’s degree of risk-aversion.

Viewed in this light, our findings that suggest stronger reductions for violent and public order crimes become more natural. More generally, our analyses reveal the importance of theoretically disentangling the sources through which increased welfare support may impact people’s incentives to commit crime for purposes of designing more accurate policy reforms.

Using administrative data on prison admission and release records from 2010 to 2016, we find that the expansions decrease recidivism for both violent and public order crimes. In addition, we find that the public coverage expansions substantially increase access to substance use disorder treatment. The effect is salient for individuals who are covered by Medicaid and referred to treatment by the criminal justice system. These findings are most consistent with the theory that increased access to health care reduces ex-offenders’ perceived non-monetary benefits from committing crimes.