Reproductive Health and Rights: The History and Future 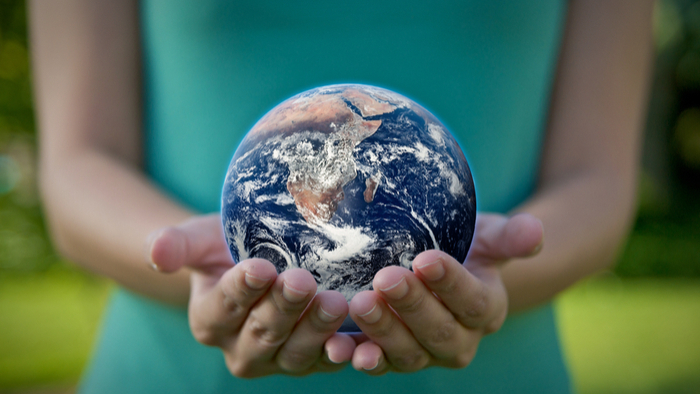 • The United Nations Population Fund (UNFPA) shares fifty years of progress and learning on advancing women’s reproductive health and rights globally and lays out the work that is yet to be done.

The year 2019 marks two important milestones in the field of reproductive health: 50 years since UNFPA began operations, and 25 years since the landmark International Conference on Population and Development (ICPD) in Cairo.

These two events—the launch of the first United Nations agency dedicated to addressing population growth and the reproductive health needs of the world’s people, and the declaration of a global commitment to sexual and reproductive health and reproductive rights—have fundamentally shaped the lives of women and families, and the societies in which they live, in ways measurable and immeasurable, profound and trivial, permanent and fleeting. Activists, advocates, public health specialists and many others have pushed relentlessly for the transformations we see around us today, but much remains to be done. What the future holds in terms of changes in population growth, contraceptive use and sexual and reproductive health and rights will both determine and be determined by the ability of women and girls to achieve their full potential as members of their societies. And this will be determined, in no small part, by how the world takes forward the achievements and addresses the shortfalls of the ICPD to date.

Fifty years ago around the world, the average woman had 4.9 children, and 35 per cent of married women were using some form of contraceptive method to delay or prevent pregnancy; in the least developed countries, however, the average woman had 6.7 children, and about 2 per cent were using a method of contraception. Abortion was illegal in much of the world, and the women’s liberation movement was fighting for equality in access to education, employment opportunities and pay, marriage and divorce, property ownership, and on a range of other fronts. In 1969, the Stonewall Riots in New York

City marked the start of the global gay rights movement; the United States Agency for International Development established an Office of Population; and Ghana adopted its policy for Population Planning for National Progress and Prosperity. A year earlier, at the first United Nations International Conference on Human Rights, in Tehran, delegates had affirmed, for the first time in a global declaration, the basic right of parents “to determine freely and responsibly the number and the spacing of their children” (United Nations, 1968).

By 1969, as a result of public health interventions that were reducing infant and child mortality and prolonging life expectancy, birth rates had outstripped mortality rates in much of the developing world. Concerns that the resulting population growth could harm economic progress and the environment contributed to the desire to better understand and manage human fertility. The establishment of the United Nations Fund for Population Activities, renamed the United Nations Population Fund in 1987, reflected a growing interest in understanding how population dynamics affected social and economic development, and a desire on the part of the United Nations to support action programmes aimed at stabilizing the world’s population. The expanding availability of relatively new and effective contraceptive methods during the 1960s was transformational for women, offering them, for the first time, the ability to reliably prevent unintended pregnancy and new choices in controlling their reproductive lives.

But the implications of contraception and fertility regulation for the health, well-being and economic and social lives of individual women and girls were only beginning to be understood. A fuller realization of what they would mean was still to come.

Twenty-five years ago, when the ICPD was held in Cairo, the average global fertility rate was about three births per woman, and 58.8 percent of women worldwide were using contraception; in the least developed countries, fertility was about 5.6 children, and 20.2 percent of married women were using contraception. South Africa held its first multiracial elections and elected Nelson Mandela as President; the Rwandan genocide resulted in the deaths of more than 800,000 men, women, and children; civil unions between same-sex partners were legalized in Sweden; and the launch of America Online, or AOL, marked the beginning of easy access to the Internet. The years preceding the ICPD saw a gradual and accelerating shift: from a primary focus on population issues and fertility reduction to one grounded in the rights of individuals and couples to prevent or delay pregnancy and attain sexual and reproductive health. This shift was largely driven by feminists and advocates for sexual and reproductive health and rights, and was, in part, a response to the abuses that resulted from target-driven “population control” policies of the past. In the 1970s and 1980s, with funding and encouragement from wealthy donor countries and foundations, some countries had rolled out programmes that coerced or forced couples to use contraception or limit their family size, or provided monetary or other incentives to convince them to do so.

The ICPD Programme of Action adopted by 179 governments called explicitly for dropping demographic and fertility-control targets from national population and family planning programmes. While still acknowledging that population dynamics merited consideration in policymaking, the Programme of Action issued a clarion call to place women’s needs and rights at the centre of population and development policies. What the world needed, governments agreed, was to provide women, couples and families with access to a range of sexual and reproductive health interventions, and to realize social and economic changes that would empower women, respect their rights, and help move the world towards gender equality. Advances and setbacks since 1994 The ICPD consensus was a turning point, and a transformative victory for the reproductive rights movement. By placing individual rights and well-being at the centre of the reproductive health agenda, it set in motion a number of shifts: in research, to explore the factors that influence individual choices and behaviour in relation to contraceptive use or non-use and fertility; in communication, to inform and educate women, men and decision makers about the health, economic and social benefits of reducing fertility and preventing unintended pregnancies; and in service delivery, to underscore the importance of providing a full range of contraceptive methods and ensuring choices for all women.

A new paradigm: 2015 and the Sustainable Development Goals

UNFPA’s 50th anniversary and ICPD’s 25th anniversary present a unique opportunity for the global community to build on the ICPD framework and fully commit to realizing a visionary agenda for sexual and reproductive health and rights, and to reaching those who have been left behind. This agenda must pay attention to population dynamics, recognize the diverse challenges faced by different countries at various stages of development, and ground policies and programmes in respect for, and fulfilment of, human rights and the dignity of the individual.

There is enormous momentum around efforts to achieve the SDGs, including a renewed commitment to “health for all,” explicitly recognizing that every human being has a fundamental right to the enjoyment of the highest attainable standard of health, without distinction. The Every Woman Every Child movement, launched by former United Nations Secretary-General Ban Ki-moon in 2010 and now led by SecretaryGeneral António Guterres, brings concerted attention and effort to the SDGs and universal health coverage as they relate to women, girls and adolescents, with sexual and reproductive health and rights as one of its key focus areas. The pursuit of rights and choices for all is an ongoing one, with new challenges emerging all the time. Over the years, the nature and scope of these obstacles may have changed, but the international community’s commitment to overcoming them remains strong.

Despite the increasing availability of contraceptives over the years, hundreds of millions of women today still have no access to them—and to the reproductive choices that come with them. Without access, they lack the power to make decisions about their own bodies, including whether or when to become pregnant.