Climate Justice on the Duwamish 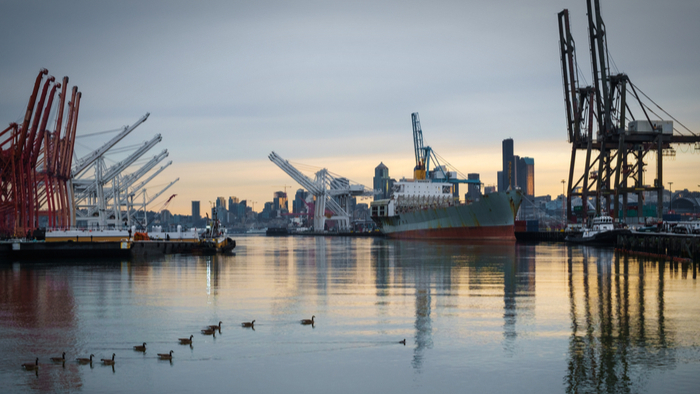 The first residents of what is now South Seattle were the Duwamish people. For thousands of years, they harvested fish and clams from the river, grew crops and lived off the land. When the first European Americans arrived in 1851, the Duwamish occupied at least 17 villages, with more than 90 longhouses along Elliott Bay, the Duwamish River, Lake Washington, Lake Union and Lake Sammamish. In 1913, the Duwamish River was excavated and dredged, and within a few years, it was transformed into a five-mile waterway that enabled a century of development in Seattle’s commercial district.

The Duwamish River has been a catalyst for innovation in Seattle, but with dire consequences. In 2001 the Environmental Protection Agency declared the Duwamish a Superfund site, recognizing it as one of the most contaminated places in the country. Among the many toxic chemicals found in the river is polychlorinated biphenyls, more commonly known as PCBs, and people are exposed to them when they eat resident fish or shellfish or when they come into contact with contaminated sediment. In addition to the toxins found in the river itself, a combination of construction-related activities and rail and truck traffic has significantly increased air pollution in the area.

What has this meant for the communities living alongside the Duwamish? The Duwamish Valley Cumulative Health Impacts Analysis showed that people who live in the Duwamish Valley have a 13-year shorter life expectancy than residents of North Seattle, as well as higher mortality from lung cancer, more hospitalizations for children with asthma, and higher rates of diabetes and cardiovascular disease. More Duwamish Valley residents also lack health insurance, compared to King County as a whole.

The Duwamish River corridor is not an anomaly. Research makes clear that low-income communities and communities of color are hit first and worst by climate change and pollution. That’s why organizations like Duwamish River Cleanup Coalition and Puget Soundkeeper have partnered over the years to create policy, enforce pollution permits and educate citizens about best practices to reduce the impact of stormwater pollution. They have engaged community and inspired youth to get involved with cleanup efforts and advocacy.

Read the full article about climate justice on the Duwamish by Elizabeth List at Seattle Foundation.

Learning with others and benchmarking are key steps towards becoming an impact giver. If you are interested in giving with impact for Environment, take a look at these events, galas, conferences and volunteering opportunities to connect with individuals like you.