From voting to volunteering, civic engagement is an essential part of a healthy quality of life for individuals and communities. It’s also a crucial piece of our democracy and helps people from all backgrounds come together for the common good. In recent years, we’ve seen civic engagement come to life in many ways, from nationwide marches to the use of philanthropic dollars to support the many facets of human rights.

What is Civic Engagement?

Civic engagement is any process that citizens participate in to advance the public good. The goal of increasing civic engagement is to build trust and respect within a community, promote inclusion and transparency, and develop agency in individuals and communities.

In general, there are two types of civic engagement — non-political and political.

Why Should Donors Care about Civic Engagement? 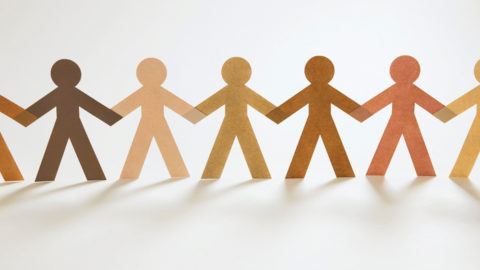 It’s an opportunity to...

• Increase equity: Young people, low-income earners, and people of color are underrepresented in policy-making processes. Donors can fund projects that serve and actively engage these individuals to ensure their voices are heard and solutions are created with these communities in mind.

• Support or collaborate with existing organizations: Since the 2016 election, there’s been a growing interest in civic engagement. High-impact philanthropy often involves joining others who are already tackling issues you care about.

• Empower future generations: Supporting efforts to engage youth can lead to higher participation in the future. Donors can fund school reforms, programs, or independent projects that prepare the next generation to be active and conscientious citizens. Supporting youth organizing efforts is another way for funders to ensure young people are helping to shape the communities and world they live in.

• Strengthen democracy: Civic engagement is an essential part of a strong democracy and press freedom is crucial in disseminating information and opening platforms for dialogue. Donors can support press groups to ensure quality information and avenues for discussion remain open and free.

The Power of Civic Engagement 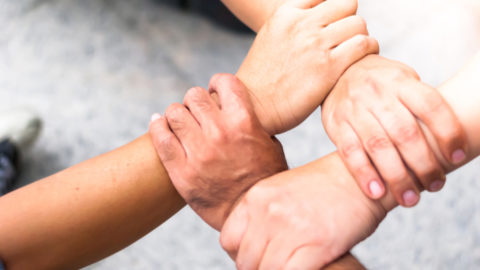 In this section you’ll find instances where civic engagement and cooperation between civic groups, philanthropy, and communities brought about real change.

New York City and the Rise of Youth Organizing

Police violence in the 1990s and the surge of heavy policing in the early 2000s has led to the creation of many youth organizing groups in New York City. Cases of racial profiling and random “stop and frisks” of young men of color were called out for being racially motivated and a breach of civil liberties. Between 1995 and 2000, a diverse number of youth organizing groups emerged in the city inspired by these injustices. They represented a number of different issue groups like queer rights, education reform, juvenile justice, and gender equality. Such organizing groups like Youth Force, CAAAV, Sista II Sista and El Puente joined together in coalitions to demand police accountability. They each looked at the issue through the lens of their organizing group’s focus and built camaraderie and dialogue between their constituents.

Another example is the Fabulous Independent Educated Radicals for Community Empowerment (FIERCE), a queer and transgender group, that mobilized hundreds of youth to attend community meetings and won a curfew extension at a long-time hangout spot for queer youth in the West Village. Youth organizing groups like FIERCE are membership-based organizations that run many of their events with the help of donors.

The Jacobs Center for Neighborhood Innovation (JCNI) is a family foundation whose focus is on engaging neighbors in community renewal and ownership. JCNI is based in one neighborhood in Southeastern San Diego where the founding members believed they could make targeted and impactful change. JCNI bought vacant property in order to offer much needed safe and open public spaces. Listening to community input, JCNI built a shopping center that houses a grocery store, pharmacy, public amphitheater, park and a community center that hosts nonprofits and community events. JCNI involves the community in its own governance and plans to gradually transition control of the family’s philanthropic efforts and real estate assets to the community. Its goal is not to be a permanent foundation, but to become an asset of the community itself.

In the Colorado Springs area, access to affordable and nutritious food is a challenge for many families in the community. Now, Colorado Springs Food Rescue (CSFR) tackles three main areas: food access, food production, and food education, all while including those it serves and their surrounding community in the process. CSFR is a part of a collective group called the Food Rescue Alliance, which partners with a number of private donors and larger foundations as it expanded from Colorado to Wyoming, Washington, Minnesota, and even the Philippines. The key to CSFR’s success has been involving community members along every step of the way, including young people. The Food Systems Leadership for Youth program teaches students to learn how to manage a no-cost grocery system, like the one that is working around them.

Youth across the U.S. have demonstrated how community organizing can mobilize people and create greater awareness. Examples include March For Our Lives addressing gun control and the DREAMers movement on immigration.

The next generation will also be critical to our voting system. In the 2018 midterm election, 31 percent of youth (aged 18-29) voted. While this is considered a high level of participation over the past quarter-century, it can be improved. To encourage more people to get out the vote, efforts must be made to reach youth, even before they reach voting age.

Social studies classes have long been a place where youth learn about civic participation, but classes covering this material are decreasing, especially in schools serving poor and minority students. Because many schools have shifted their focus to standardized testing, social studies has become reprioritized as it’s not a subject that is regularly tested. This has affected the remaining programs, in which tests dictate a correct answer to civics questions when in fact, civic participation can happen through a variety of methods. However, donors can advocate for education programs that take a different approach, fostering discussion and participation in real-life examples. 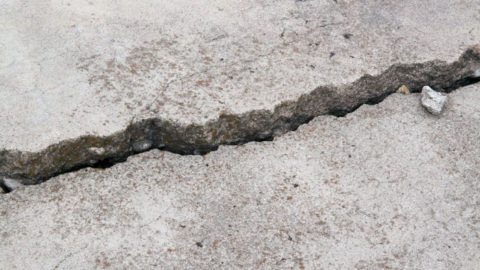 Although large-scale civic engagement has happened across the country in the form of marches and charitable giving, research finds that civic participation levels for 48% of Americans has not changed since 2016. Meanwhile, 45% of Americans report not participating at all. Only 20% reported being more engaged in civic activity, and 30% say they are less likely to do so.

From 1974 to 2005, the percentage of people that reported being a member of a community group has declined steadily from 75% to 62%. Engagement in community associations can empower citizens by aggregating voices and fostering social cohesion to solve problems. Organized groups — from church communities to professional associations -- are also more capable of holding institutions accountable. The Center for High Impact Philanthropy points out that public forums create an opportunity for better communication and can decrease partisanship through open minded dialogue.

One of the most direct ways that citizens impact government is through voting. The U.S. citizen votes for local and state legislators, but also representatives in the federal government. Voting for representation and laws is one of the most fundamental obligations of a democracy. However, according to the Pew Research Center, the U.S. is behind most other nations in voter turnout.

The U.S. had a 56% turnout of the voting-age population in the 2016 presidential election, placing it at 26 out of 32 countries. Contributing to the problem is the lack of individuals registered to vote. While 86.8% of registered voters turned out, registration is not mandatory, and only about 64% of the U.S. voting-age population was registered in 2016. Without strong voter participation, we risk having a government that doesn’t represent all voices.

Not Everyone is Heard

The next U.S. Census will be released in 2020 and is a critical piece of civic life. The information collected from the Census determines how billions of federal dollars are directed to support hospitals, infrastructure projects, education, and other community services. If certain populations are undercounted, we risk underfunding services that support marginalized communities and discourage community engagement.  The good news is there are opportunities for donors to work toward ensuring a fair and accurate Census.

Conventional Tactics are Not Working for Everyone

Well-known civic activities such as canvassing, registering voters, protesting, and signing petitions are activities that tend to lose momentum after voting season and are typically only focused on major elections. Meanwhile, elements of day-to-day governance can be unclear to the majority of voters, particularly to those in marginalized communities. To encourage participation and collaboration and advance equity, it’s important that infrastructures are created to reach people where they are.

How Donors Can Support civic Engagement

Rapid Response Fund for Movement Building supports the political power and voice of low-income people and people of color by providing resources for unanticipated challenges in order to advance racial and economic equity.

Greater Washington Community Foundation: Resilience Fund focuses on changes to immigration and deportation policies by working with members of those communities in understanding their legal and civil rights.

The Global Fund for Women invests in women-led organizations fighting for justice in their communities worldwide.

For more ideas, the Center for High Impact Philanthropy’s Toolkit for strengthening Democracy recommends several organizations donors can give to.

Where You Can Learn More About Civic Engagement

• The Funder’s Committee for Civic Participation is a network with a belief that all people deserve a voice. It serves leaders and philanthropies focused on equity, non-partisan efforts to engage voters, and eliminating structural barriers to voting.
• Funders’ Collaborative on Youth Organizing is a collective of social justice funders and youth organizing practitioners working to advance youth organizing groups focused on social change and youth development.
• Philanthropy for Active Civic Engagement (PACE) is a group of funders focused on investing in the elements of democracy and civic life in the United States with a mission to deepen and enrich philanthropy’s activity in civic engagement and promoting a strong democracy.
• Stanford Social Innovation Review’s page on civic engagement focuses on initiatives and innovations that enrich society and enhance democratic participation at both the national and international level.
• The Aspen Institute is a nonpartisan forum focused on the exchange of ideas. It has a number of experts weighing in on the importance of civic engagement and ways in which to support it.

• Why Civic Engagement is So Important: Urban Institute interviews professor Robin F. Bachin about civic engagement and why it’s crucial for a functioning democracy.
• Community-Driven Solutions Show Promise: The MacArthur Foundation created the New Communities Program (NCP) and provided funding to 16 communities to try a community and economic development approach to local problems in each neighborhood.
• Community Development is Giving Youth A Seat at the Table: The Let’s Talk Race Series, hosted by the Delridge Neighborhoods Development Association is run by youth and adult facilitators with the aim to open up and advance the discussion on race and multiculturalism.
• Three Ways Funders can Support Community-Driven Systems Change: More funders are pursuing place-based systems change efforts to support long-term, sustainable improvements, and outcomes. Clare Nolan shares three lessons for funders.
• Supporting Civic Participation Among Young People: Funders can play multiple roles in both strengthening youth voice and understanding where communities need more support.
• Democracy Only Works With Participation: Global Citizen covers Michelle Obama’s new nonpartisan organization, When We All Vote, and explains that voting is not only a right, but a responsibility of the American people.

Everyone can engage in civic life, but donors can contribute to the strengthening of organizations that make connections between philanthropy, communities, and government. Civic engagement is both a fundamental part of a strong democracy and protecting human rights.

Indigenous Candidates Are Beginning to Emerge