According to Maxine (Juno) Sinclair, a 2021 Fellow of Third Wave Fund’s Sex Worker Giving Circle (SWGC), this is what circle membership is all about.

Building on two decades of funding organizing by and for sex workers, Third Wave Fund founded the SWGC in 2018, a time when less than half a million funding dollars went toward organizations led by or serving sex workers. SESTA/FOSTA also passed in 2018, which is a collection of laws touted as anti-trafficking legislation that, in reality, drastically damaged sex workers’ safety. In this tumultuous legislative and social environment, sex workers were under attack.

In response, Third Wave Fund launched a giving circle led by Fellows: Past or current sex workers in New York and beyond who have first-hand experience and perspective on the needs of their community.

In its 2021 Report “Creating Community Is a Threat to Power,” Third Wave Fund writes, “When we started the SWGC, we knew that sex workers directly impacted by oppression had to be the only people at the decision-making table, especially because philanthropy had been making decisions completely without our input for too long.”

“We’re here to work – making the decisions and getting hands-on,” says Sinclair. In addition to fundraising, grantmaking, and advocacy, SWGC Fellows facilitate new conversations and connections with grantees that go far beyond the dollar.

“We understood that we wanted to create something participatory for an issue area that was deeply underfunded,” says Maryse Mitchell-Brody, who served as the Sex Worker Funding Officer at Third Wave Fund for the last four years and recently transitioned into the role of Development Officer. “It’s both about spreading the word and keeping it accessible.”

This accessibility can be found in the circle’s structure as well as its grantmaking practices. The SWGC’s focus is on grassroots community organizations with smaller budgets (less than $400,000 per year). To date, the SWGC has disbursed more than $1.5 million to a total of 36 grantees, 24 of which will receive returning or multi-year funding from the SWGC’s 2021 grant cycle. All grant applications, public resources, and supportive programming to Fellows and grantees are offered in both Spanish and English, now accessible across the U.S. through fully-online programs.

The SWGC’s grantee partners focus on a broad range of issue areas, echoing a specific focus for the year’s funding decided by the SWGC Fellows. Outside of lobbying and legislative work, SWGC grantees offer nontraditional services like sex worker organizing, education drives about decriminalization, and mutual aid groups that provide necessary services like groceries, healthcare, transportation, and more for marginalized sex workers.

For example, the Coalition for Rights & Safety for People in the Sex Trade -- Seattle offers immigrant rights resources in addition to harm reduction. The diversity in their approaches is what drew the SWGC to the Coalition as a partner: The organization offers everything from a street-based harm reduction program to a drop-in advisory center, legislative organizing to decriminalize sex work and overturn SESTA/FOSTA, and amplify education and awareness on the state and local levels.

In order to qualify for SWGC funding, grantees must be sex-worker led -- and the SWGC is careful to emphasize that this means the organization must be majority sex-worker led. “Not one person on a board of ten,” Mitchell-Brody explains.

The SWGC’s grantee partners are traditionally staffed by those most impacted by oppression: People who are Black, Indigenous, of color, trans women, immigrants and other identities that have historically been oppressed and are involved in sex work. Also of importance is the intersectionality between queer communities and sex work.

“Identities of being queer and being a sex worker overlap a lot,” Sinclair explains. “A lot of the same marginalizations and things that we go through – the way that we’re treated and have to move through society. Those issues are interwoven inherently, which is why we should include each other inherently, too.”

“Being a queer person in the world, you’ve probably got some friends who have done sex work,” Mitchell-Brody adds. “It’s an issue that touches everyone’s lives, and it’s something that a lot of people can relate to once they understand criminalization of bodily self-determination.”

This month, the SWGC announced their 2021 grantees: 12 two-year grants for eight new grantees and four returning partners. All 12 grantees from the 2020 funding cycle will also receive a $5,000 boost in their second year of funding, and all 24 grantees receiving 2021 funding will have their fiscal sponsorship fees covered in full so that they can use the full amount of their grant, and will also have the opportunity to receive process coaching during their applications for fiscal sponsorship status.

Incoming SWGC Program Officer, Christian “Chicklet” Giraldo, shared, “We try to make our grant application process as accessible and trauma-informed as possible. Sex workers experience gatekeeping and othering when navigating philanthropy almost every step of the way, and we want to model new participatory and community-led ways of ensuring communities directly impacted are fully resourced and supported to be at the head of the decision-making table.”

“I saw Third Wave as an opportunity to organize with people who are like me and have similar experiences and struggles,” Sinclair says. “[The SWGC] taught me that I’m the expert of my own experience. It taught me that I had the knowledge and skills already available, because I’m part of the community that the SWGC is fighting for. I already had it inside me, and just had to put that energy somewhere.”

“I now consider them my comrades,” Sinclair says of the SWGC community. “As someone who doesn’t have solidarity in my own city or tangibly in my life, it meant a lot to me. We have those nuances to help us strategize with and for people in our similar situations. And ultimately, that prioritizes the community – and that’s the most important part.”

Philanthropy Together aims to strengthen and scale the giving circle movement by working with giving circles like the Sex Worker Giving Circle. Learn more.

The Power of Representation in Giving Circles 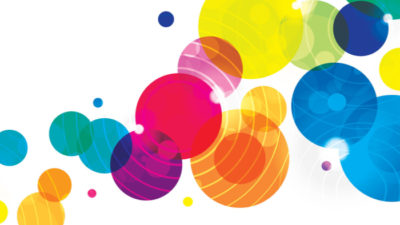 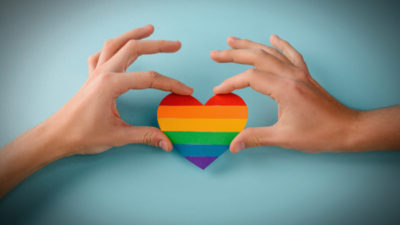 Unrestrict, Shorten, Showcase: The Giving Circle Response During the Pandemic 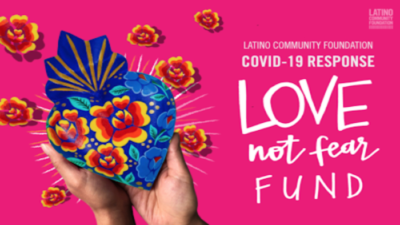