Communities of color and working class communities are facing devastating consequences from the effects of climate change and the inequitable policies that have created broader environmental injustice in the U.S. These same communities often have the solutions to the current crisis, yet political and economic barriers prevent their voices from being heard.

Farhad Ebrahimi is working to change that. Through the Chorus Foundation, which he founded in 2006 after inheriting significant wealth from his father, Ebrahimi is spending down his entire endowment across four regions of the U.S.: Alaska; Buffalo, NY; Richmond, Calif., and Eastern Kentucky.

“I never felt like the money was mine,” said Ebrahimi, who explained that while his father’s entrepreneurship and investments could be considered “neutral” by some standards, he was still able to build his wealth and benefit from a deeply inequitable economy.

This “leftist kid who came up in the punk rock scene” said the climate crisis requires a level of change that we have never seen in this country without social movements. He recently spoke with Giving Compass about his climate justice work at the Chorus Foundation, building power in communities. He also shares some advice for donors.

Q: Tell me about the evolution of your climate justice work? 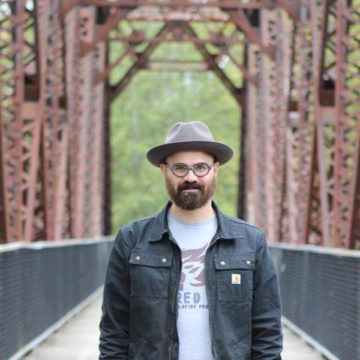 Fifteen years ago [when Chorus Foundation started], climate work was a lot of “change your light bulbs, ride your bike, eat less meat.” The idea that somebody else on your behalf is doing top-down policy work didn’t sit well with me.

The values of community self-determination were highlighted for me by my parents who are refugees -- my father came over from Iran, my mother came over from Cuba. It’s the basic idea that the people who live in a place, the people who are most impacted by an issue, should be the ones who are stepping into leadership to decide the solutions. So we prioritized spending time with organizations and communities that were most directly affected either by early climate impacts or by the environmental impacts of extraction, transportation, and burning of fossil fuels.

We’ve focused on organizations that are building political, economic, and cultural power in communities that have historically had power wielded against them -- Black folks, Indigenous peoples, immigrants and refugees of color, and working class folks. The lens that we use now is much more "just transition" than "climate.” It’s about this idea that systemic change needs to center equity and power because systems change all the time. To quote a phrase popularized by Movement Generation: Transition is inevitable, justice is not.

We also fund things like language preservation work in Alaska Native communities or leadership development and community support for queer and gender non-conforming youth in Appalachia. The local change ecosystem needs to be healthy for our folks to be able to build power and intervene around climate or any other issue. Rather than us funding one issue in a lot of places, we're only in four places and we'll basically fund everything that's part of that ecosystem with the caveat that it's not us making the decisions.

Q: Can you share more about your strategy of focusing on four specific regions?

We looked for places where multiple organizations were working together whenever they could -- but could work separately when they needed to -- towards a shared vision that was transformational. Really rethinking the politics, the economics, the culture of their geography.

One thing that our grantees in all four places have in common is that their work has become visible and inspirational for folks in other places. For example, in Richmond, Calif., we’ve seen the ways in which civic engagement led to change. There were election cycles where all the Chevron-backed candidates lost. You don’t expect to hear a story about folks who were able to successfully build and hold on to political power in a town with one of the largest refineries in the country. These groups have a history of taking all these things that they know how to do separately and weaving them together into something that's bigger than the sum of its parts.

But, it's really hard to do that kind of transformative work when you’re cobbling together single-year restricted grants. We give eight- to 10-year unrestricted funding to anchor organizations and then consider a broader grantmaking program to fund the ecosystem. We've seen our grantees not only have a transformative impact within their own geographies, but also show up as leaders in national and even international movements.

Q: How did you build trust with these communities?

I spend a lot of time with our grantees in the communities where they work and I'm also in relationship with a lot of folks that even if their work isn’t directly touched by anything that the foundation does, they're still part of the community that informs me and holds me accountable. If you can't put yourself in the ecosystem, then you really need to let go of the power because otherwise you’re unaccountable. If donors don't have the appetite or the capacity to build these kinds of relationships directly, then I'd suggest that they work with grassroots intermediaries instead.

We’ve worked to build honest relationships with people who work for grantee organizations and other community members. That's how we hear about what we've done wrong. We spend a lot of time working with community organizations and networks to try to design the best possible processes or structures for resource allocation and investment. Those structures are only as good as our collective willingness to change or discard them if we realize they're not working for the folks that they need to work for. We have certainly been pulled aside multiple times by folks from grantee organizations saying "this didn't feel right. You all are supposed to be better. And I need you to let you know." That kind of critical feedback can be uncomfortable, but ultimately what really matters is that they trusted us enough to make it worth saying something.

Q: Why is power building in communities so important to the climate justice approach?

One of the things that enabled the climate crisis to happen was the deeply extractive, exploitative approach to economy and culture. We must accept that responding to the climate crisis is actually about transitioning economies and thinking about who owns and controls enterprise and economy.

Philanthropy tends to focus so much on equity in outcomes, but we need equity in the processes that produce those outcomes. It's always seemed like the right strategy to support people's ability to recognize and unlock their own power to intervene in existing systems and then redefine and build their own systems. We also believe deeply in the work of building alternatives so people are meeting their own needs with what's locally available.

Q: What would you say to donors who feel like addressing climate change is too daunting?

It feels a lot less daunting to know that what we're supporting is critical. If we're able to head off the worst impacts of climate change, the only way we're going to do that is with communities that are organized and able to mobilize politically, economically, and culturally. In the worst case scenario where things totally fall apart, we still need communities to be organized and know how to take care of themselves, develop each other's leadership, learn new skills, and act collectively.

I find it liberating to not try to be the smartest person in the room in terms of climate justice. What I can do is build relationships and support the leadership of others in organizations. And then a big part of my job becomes engaging with and organizing other donors and foundations in my own sector.

Q: Share some mistakes you've made as a funder and what you’ve learned.

We’ve had to navigate situations where the mechanism for democratized decision-making would result in funding for certain folks, but not other folks. Not surprisingly, this can happen very explicitly around race. Either way, if it's not working, then we need to be willing to tear the whole thing up and come back with something else. That is something that has happened before -- we didn't ask the right questions and we realized that, yet again, Black-led organizations were not being included in the same ways, even if you can see the impact they've had.

Then there are groups that are never going to get funded through a process that's been co-designed with other folks. That's where we have to say, “this feels like it's going in the wrong direction.” We’ve had to take a step back and ask, “why were these folks being excluded?” or “why weren't we as transparent as we should have been?”

In philanthropy, if you're not thinking about transformation -- the big picture -- you'll never see how going through a valley gets you to a higher peak on the other side. We’re always stumbling into little valleys, but it’s our job to learn from it.

Don't worry about getting it perfect. This idea of bursting from Zeus' head, fully formed with the right process, structures, or list of grantees does a disservice to all of us. It’s an iterative process.

How Can Philanthropy Use its Privilege to Rethink Risk? 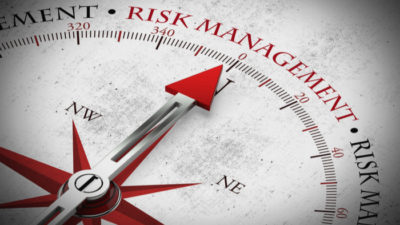 Avoiding Conflicts of Interest and Self-Dealing for Family Foundation Boards 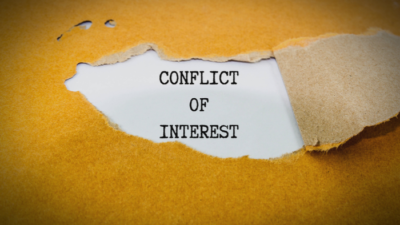 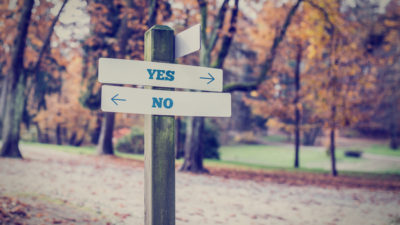