By Lindsay Hill, Program Officer at the Raikes Foundation, where she leads initiatives on diversity, equity and inclusion in education.

As we celebrate the vibrancy, strength and resilience of all women and girls this month, we must also come together to make sure every young girl is supported, nurtured and given a fair chance to succeed.

I recently spoke with a colleague who recalled being suspended from school when she was just twelve years old – and more than twenty years later, she still hadn’t forgotten the shame and humiliation she felt being sent home. Before she reached high school, she was penalized for a rumor that she’d shoved a boy who teased her. And while the teacher acknowledged she hadn’t seen a scuffle ensue and the alleged victim said nothing happened, school administrators still decided she was guilty. There was no due process—not even for a 12-year-old girl.

When young people are unfairly penalized or made to believe they are inherently bad, they often begin to believe it—even if it isn’t true. That’s why it’s so important to make sure students feel a sense of belonging, both in their communities and classrooms. When educators focus on students’ abilities, it builds confidence that says they have what it takes to succeed. This is the basis for a growth mindset—a way of thinking linked to improved performance and behavior in schools. On the other hand, a fixed mindset—which tells students their intelligence can’t grow or be changed—limits students from exploring their potential, ultimately hurting them in the long run.

It took my colleague more than two decades to realize she wasn’t the bad apple school administrators made her to believe she was. From hearing so many stories just like her own, she came to realize her experience of being ostracized had little to do with her personally, and much more to do with the systemic criminalization of young black girls across the U.S. Her incident was merely a symptom of a much larger problem. According to a study by Georgetown Law’s Center on Poverty and Inequality, black girls in grades K-12 are three times more likely than their white peers to be suspended for disruptive behavior, fighting or bullying and harassment; and account for 13 percent of all suspensions, despite making up for only 8 percent of students enrolled.

It should go without saying black girls are not inherently bad—so why do schools treat them like they are? According to Georgetown’s study, adults perceive black girls as less innocent, less in need of protection and nurturing and seemingly older than white girls of the same age—which may contribute to harsher punishments by educators and school administrators. This view has also been linked to fewer leadership and mentorship opportunities in schools for black girls.

These misperceptions create a vicious cycle. Fewer leadership opportunities for young black girls mean fewer young women ever have a chance to explore their leadership potential. And as a result, we see fewer women of color in positions of power in the workforce and fewer mentors for the next generation—all because many never had the opportunity to lead.

All students, no matter their race or gender, should have equal opportunities to achieve. No one should be met with unfair scrutiny because of their ethnicity. We still have so far to go. To join the fight to stop the unfair punishment of black girls in schools, support efforts like the National Women’s Law Center’s Let Her Learn campaign. Every girl deserves a fair shot. 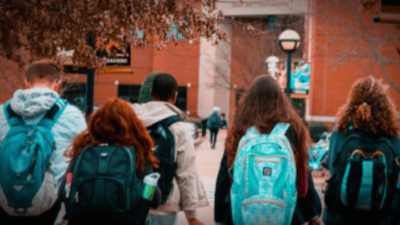 April 30: This Week’s Must Reads On Youth and Young Adults

Oct. 6: This Week's Must Reads About Youth and Young Adults 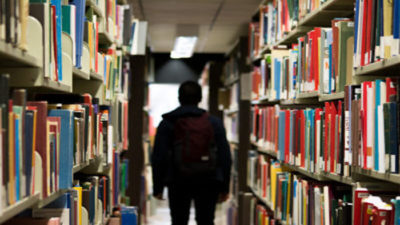