Akilah Johnson is, by all accounts, a phenomenon. When the Communities for Just Schools Fund first met her, Johnson was a 16-year-old junior in high school in Washington, DC, our home base. She was already taking the world by storm, having won the Google Doodle contest with an intricate Black Lives Matter-centered design. She worked with us to create our beautiful logo.

While her schooling certainly had something to do with who Johnson is, her mom and family are the force behind her ascension. These are the constituencies that the Communities for Just Schools Fund (CJSF) threads: Students, parents and families, schools, educators, and other stakeholders.

CJSF began as the Just and Fair Schools Fund in 2010. We are a donor collaborative created to resource grassroots organizing as a viable method to ensure that the nation’s schools are safe, nurturing places for young people to learn and grow. By the end of 2019, we will have made a total of more than $4 million in grants to our community partners.

We do what we do because there are too many schools in the nation today that are depriving the global citizenry of the brilliance of the Akilah Johnsons of the world. Rather than welcoming all comers, schools police children for behaving like children. Rather than protecting and nurturing students and relaxing into their unique style of providing academic instruction, teachers are exhausted and overwhelmed under the crushing weight of standardized tests and low pay. Rather than partnering with educators to tend to the garden of children’s genius and guide those blooms gently into the world, parents and families are turned away at the schoolhouse door and, at best, dismissed as inconsequential or, at worst, viewed with scorn.

Children and communities of color bear the brunt of this systemic dysfunction. We continue to witness tragedies, like six-year-old Kaia who was handcuffed in school for developmentally appropriate behavior.

To be clear, these statistics indicate systemic failures in schools, not that Black and Brown children are worse-behaved or more difficult to educate than their white counterparts.

Our vision is of a high-quality, comprehensive system of education in which young people are centered in the education process, treasured for their humanity and the power they carry, and their learning is valued and fostered such that they will contribute to, and lead, a successful American society.

To get there, CJSF has four strategic priorities: Fund, Build, Connect, Lead. Our first and most important priority is to fund organizing groups that are pushing for, modeling, and teaching the creation of equitable learning environments. We provide multi-year, general operating support grants at a floor of $50,000. We also issue rapid-response grants to meet the needs of movement moments and thus ensure continued forward progress. We help build the capacity of the groups that we serve, not by issuing directives based only on what we know, but by being in relationship with our partners and listening intently to what they tell us they want and need to do their work most effectively. We connect our partners with philanthropy, and we connect our members and partners with the broader ecosystem of key players in education justice work, including for instance policymakers, researchers, government actors, and more. Finally, we lead by providing donor education and engagement opportunities that will expand philanthropic knowledge and support of education justice issues and increase resources available for grassroots organizing and the field of education justice.

We make big bets on organizations some would deem small. As we consider the impact of our investments, it is clear the groups in our network are moving mountains. With little and no funding, the grassroots organizers are probing and guiding all of us to think and feel harder about what children, especially those most marginalized, need to let their light shine ... for the good of all of us. The organizers are creating a better system of education, one that will give us more of what Akilah Johnson is. With even more resources, those organizers can shift the whole world, that we all might find our way to freedom.

Won’t you join us? Contact us to learn more about how you can join or support our membership.

April 22: What We’re Reading About Youth This Week

March 8: What We're Reading About Youth This Week 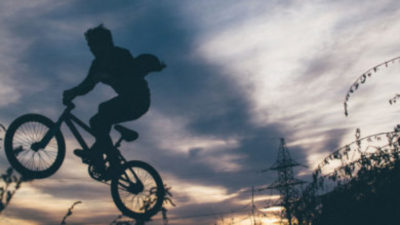 The Troubling Connection Between Juvenile Justice and Youth Homelessness 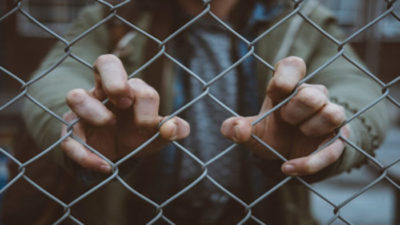