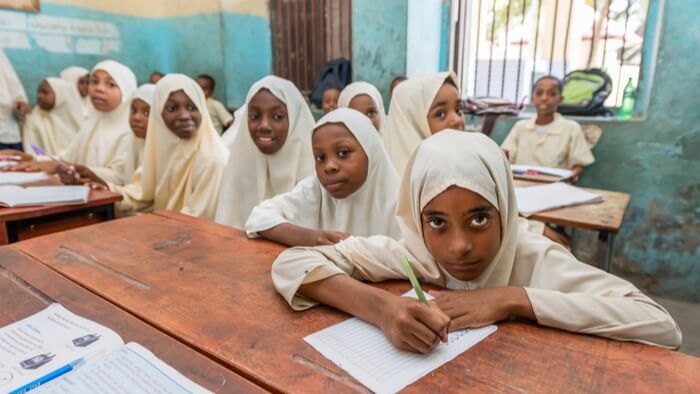 • Sean Coughlan reports that the following 10 countries are the most difficult places for girls to go to school because of a combination of factors including conflict, cultural norms, child marriage, and teachers shortages.

• What are the most impactful steps that philanthropists can take to increase the number of girls attending school in these places? How can cultural barriers be eroded to allow girls to access education?

• Find out why education aid for girls in Afghanistan never made it the intended recipients.

Debates about schools in richer countries are often about the politics of priorities, what subjects should be given most importance, who needs extra help and what needs more public spending.

But for families in many developing countries questions about education can be a lot more basic – is there any access to school at all?

Figures from the United Nations suggest there has been “almost zero progress” in the past decade in tackling the lack of school places in some of the world’s poorest countries.

Here are the top 10 toughest places for girls’ education:

Read more about education in these conflict zones by Sean Coughlan at BBC.