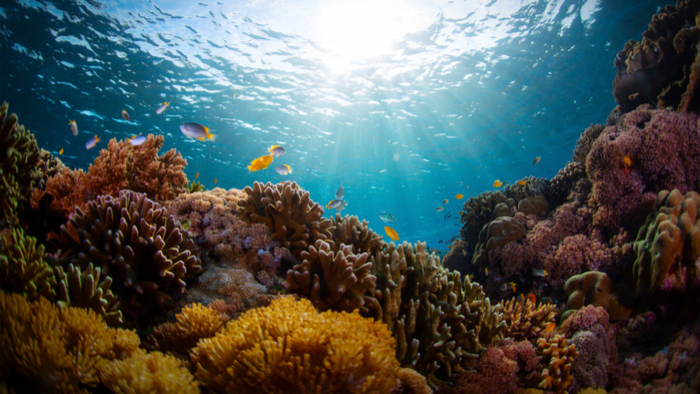 • The 50 Reefs initiative is seeking to find 50 coral reefs that are the most likely to survive climate change to help prioritize global ocean funding.

• Is focusing on an arbitrary number of reefs a good way to concentrate efforts? What is the risk of neglecting other reefs to fund protection for the 50?

• Learn more about funding the ocean.

It was only after coral reef ecologist Emma Kennedy accepted a postdoctoral position at a prestigious research group in Australia that she learned details of her assignment.

Working with a team of top scientists led by her boss at the University of Queensland’s Global Change Institute, she and a colleague would have a year to develop a list of 50 coral reefs that had the best shot at surviving climate change until – or if – global temperatures stabilized under the terms of the Paris climate accord. Identifying those reefs now could help rally people to protect them from more prosaic but still deadly threats like overfishing and pollution. The thinking was that larvae from those reefs could also help repopulate other reef areas that don’t survive.

It was always going to be a bold endeavor, but at first Kennedy thought the idea of picking 50 reefs in a year was more like mission impossible.

In the end, there is no simple straightforward list of 50 reefs to save. There is, backers say, a critical path forward for making strategic, global decisions about scientific and conservation investments in coral reefs. And the team has identified one portfolio of 50 areas, from little-studied reefs around Myanmar to several in the iconic Great Barrier Reef, that are good places to start looking.

“The biggest challenge actually has been around coming to terms that we’re not going find the 50 best reefs. That’s not what this was about,” said Melissa Wright, a program officer for Bloomberg Philanthropies, the largest of the project’s three funders.

What this is about is being as smart as we possibly can about the risk profiles of places and deciding to work together to protect them from near-term threats.

Read the full article about 50 Reefs by Jessica Leber at News Deeply.