Funding the Ocean: Next Wave In Philanthropy 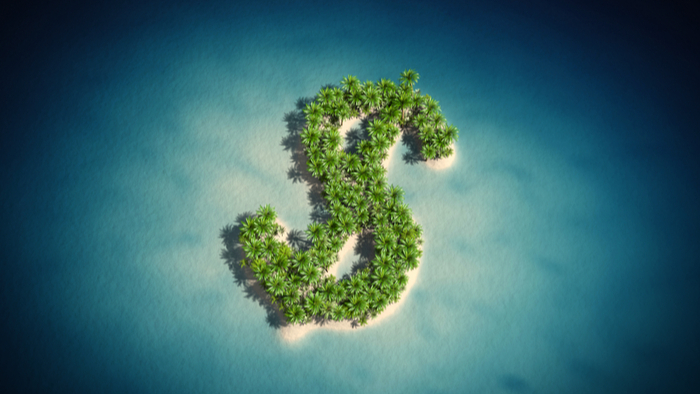 The ocean covers nearly four-fifths of our entire planet — but it has gotten less than one percent of all philanthropic funding since 2009.

Why? The answer is enormous.

“It’s a vast and complicated subject, and a single funder may feel like they can’t make a difference,” says C. Davis Parchment, manager of Knowledge Services at Foundation Center. “It requires cross-sector coordination and collaboration.”

But that shouldn’t hold us back from trying. After all, “life below water” is No. 14 in the Sustainable Development Goals, as it is intrinsically linked to our entire ecosystem, affecting our food, economies and public health.

As this past Earth Day called attention to, plastic pollution is a major focus. Thousands of seabirds, turtles, seals and other marine wildlife are killed each year after ingesting plastic or getting tangled in it.

And every day, the Great Garbage Patch, one of five gyres in the ocean that collects discarded materials, keeps growing: It’s now twice the size of Texas.

In other words, there’s a lot to digest — and it can be overwhelming. That’s why Foundation Center’s online information hub, FundingtheOcean.org (FTO) provides a one-stop shop where donors can track what the landscape looks like in ocean conservation and find inspiration for their own philanthropy.

“We’ve worked very hard to collect all of the research done — whether it’s reports by foundations about things that worked or didn’t work, or trends to think about — and make them easily searchable,” says Parchment. “You don’t have to go at this task alone.”

Navigating the Sea of Data

Here are three hot button ocean issues to consider and what you can learn in just a few clicks through FTO:

1. According to the World Economic Forum, by 2025, it’s estimated that there will be 250 million tons of plastic in the ocean, which will outweigh all the fish.

Who’s doing something about it? Based on available data, the Global Alliance for Incinerator Alternatives was one of the most funded projects to confront the problem of plastics in the ocean between 2016 and 2018, and Oak Foundation is one of the largest funders for research in this area. For individuals looking to boost smaller grantmakers doing great work, community foundations (you’ll find some on the map) are one avenue. On the policy front, thanks to David Attenborough and the Blue Planet II team, the U.K. is set to ban all plastic straws, cotton swabs, and single-use plastics as early as next year (McDonald’s will use paper straws in its British restaurants). Says Parchment, “You’re starting to see that there are policy shifts and that it’s being followed by philanthropic dollars.”

2. Illegal fishing accounts for around 20 percent of the world’s catch and costs up to $23.5 billion a year, not even accounting for the destruction to biodiversity.

Who’s doing something about it? On the Funding the Ocean map, there are 216 grants totaling $41.2 million to tackle the issue worldwide. Global Greengrants Fund is among the most central to this network (as you can see by the “constellation” of funding), along with the World Wildlife Fund — funds like those are one way that donors can direct their dollars, since they have proven expertise in this area, with a history of impact. Technology is also crucial to the fight. In a first-of-its-kind partnership, Indonesia’s fisheries minister is teaming up with Google to use satellites to spot illegal fisherman from space.

3. We are in danger of losing 60 percent of the world’s coral reefs over the next 30 years, in part to elevated climate temperatures that drive bleaching events.

Who’s doing something about it? In the U.S. alone, there are 853 grants in this area totaling around $104 million on the FTO map, with the National Science Foundation, Gordon and Betty Ford Foundation and Rockefeller Philanthropy Advisors among the biggest ones. Meanwhile, researchers from the University of Melbourne and Australian Institute of Marine Science are deploying a sun shield on the surface of the ocean to help block harmful UV rays from damaging the Great Barrier Reef.

Dipping Your Toes In

So, what’s the next task if you want to join some of the efforts mentioned above?

Map it out. FTO’s interactive funding map is a great resource to check out where the money is going and who’s doing most of the heavy lifting. “What emerges very quickly when you’re in the map is patterns of people working together and the common strategies that emerge,” says Parchment. For instance, Oceans 5 is an international collective of funders trying to make a big impact, and you will see that name pop up quite often when looking at specific projects.

Gain knowledge. There’s a library of curated research, reports, and case studies, plus a news section with all the latest information on each subtopic within the ocean conservation category, which is constantly updated. Says Parchment, “This is a rolling dashboard.”

Start networking. You can jump into the community forum to share your thoughts and get to know peers working in the field. It’s a healthy discussion (not a free-for-all), with experts in many areas all around the world. “Some big funders are shifting more into climate, which seems like an even larger issue,” says Parchment. “But there is a very big need for a focus on the oceans. Getting into this space is a great opportunity.”