A Giving Circle Focused on Supporting Black Women and Girls 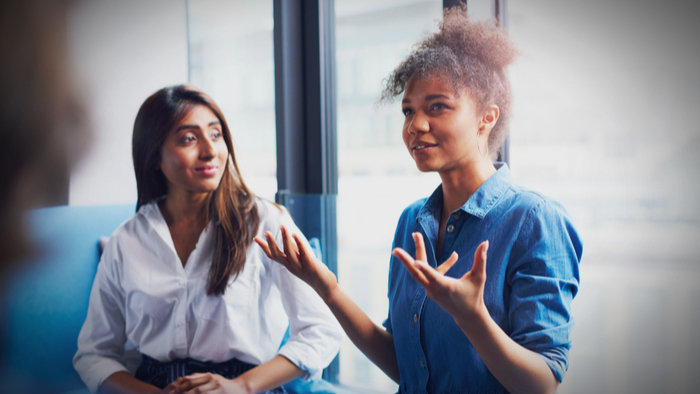 • Jessyca Dudley, one of the founders of the Chicago Foundation for Women’s South Side Giving Circle, explains the impetus for starting a giving circle that supports black women and girls.

• How are giving circles elevating voices that may go unheard? Are you able to join or start a giving circle in your community?

• Read about the benefits and opportunities of creating a giving circle.

This is the fourth in our new blog series featuring Giving Circles – groups of friends, family, and neighbors who gather to learn about issues that interest them and pool money to fund greater impact. Giving Circles are democratizing giving, shifting the power, and changing the face of philanthropy – allowing all voices to be heard and empowering anyone to become a “philanthropist.”

This week, we spoke with Jessyca Dudley, one of the founders of the Chicago Foundation for Women’s South Side Giving Circle, a giving circle based in Chicago, which is dedicated to supporting Black women + girls in a hyperlocal way.

Why did you start a giving circle?

A good friend of mine, Nicole Robinson, approached me about supporting her effort to launch the South Side Giving Circle. Nicole was interested in having a millennial voice in the giving circle was looking for someone who had experience with philanthropy. Along with the other founders, Felicia Davis, Cristal Gary, Phaedra Leslie, Melody Miller, and Nicole Reed, we spent our first few meetings discussing how we would differentiate ourselves and make this giving circle responsive to the needs of black women and girls living on Chicago’s South Side.

Over the past few years there has been a trend in philanthropy of supporting men and boys of color and less attention given to black women and girls. Nationally, it is estimated that just seven percent of all philanthropic dollars are allocated to address needs specific to women and girls, and funding has never exceeded 8.5 percent allocated to addressing the needs of African Americans. We wanted to be able to enter a conversation about why that is.

We spent time considering what a meaningful grant amount would be and how we could support local organizations that are doing work on the ground, that are also are likely to be smaller organizations.

Read the full article about giving circles by women of color at Giving Tuesday.

Learning with others and benchmarking are key steps towards becoming an impact giver. If you are interested in giving with impact for Collaborative Funds and Intermediaries, take a look at these events, galas, conferences and volunteering opportunities to connect with individuals like you.