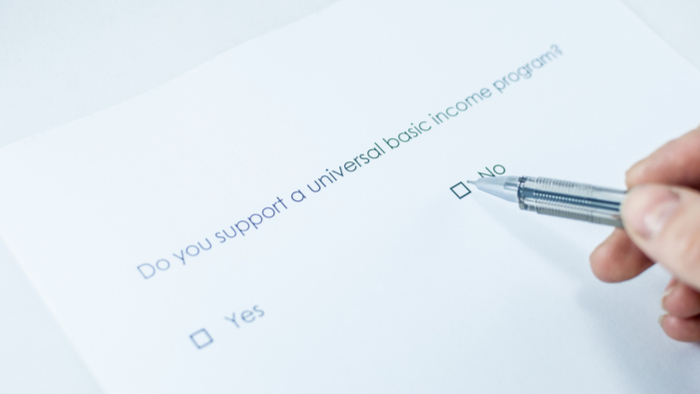 • Dwyer Gunn discusses a National Bureau of Economic Research paper which finds that paying for a universal basic income would likely redirect spending to better-off families, potentially leaving low-income families worse off than they currently are.

• How can philanthropy support basic income trials with a variety of policy structures to determine the most effective and prevent gaps?

• Learn how a universal basic income could inspire other ideas.

In recent years, the concept of a universal basic income (UBI)—governments providing every single citizen with a cash transfer sufficient to ensure a minimum standard of living—has gained a diverse following in countries around the world. The concept is particularly popular among those concerned about the effects of technology and automation on employment. In fact, Y Combinator, a Silicon Valley start-up incubator, is currently funding a randomized, controlled trial of a UBI in two states.

Read the full article on the flaws of a universal basic income by Dwyer Gunn at Pacific Standard.