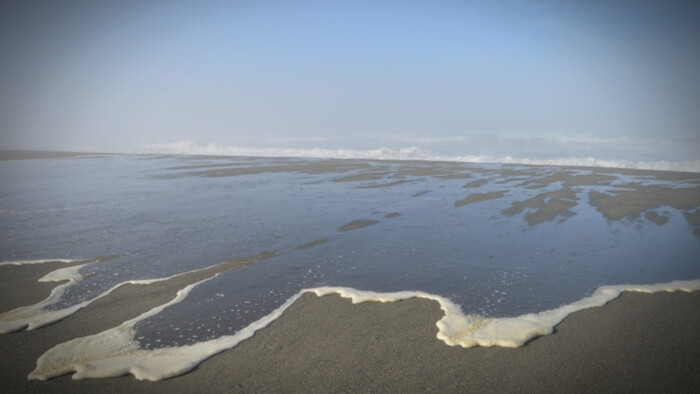 • Jan Lee discusses a report that reveals how rising sea levels due to climate change will impact valuable estuaries in California’s Santa Cruz county, causing significant damage to the agriculture and tourism industries.

• The cost to provide more resiliency to the area will be complex and costly. Who will foot the bill? And how can disaster relief organizations contribute to protection measures, which are recommended in the report?

• FInd out why most Americans don’t think climate change will affect them.

Global warming is a major concern for communities along California’s sweeping Pacific coastline. More than 600 miles of western shoreline stretches between the state’s north and south boundaries, pocketed by old-growth forests, carefully preserved beaches and small, historic towns that serve as magnets in California’s thriving tourism industry. The world’s sixth largest economy realized more than $125 billion from tourism in 2016 alone, driven in part by the throngs of tourists that head each year to landmarks like Disneyland in the south and San Francisco’s historic Pier 39 two-thirds of the way up the coast.

No region however, is a more iconic symbol of California’s carefully sheltered tourism industry than Santa Cruz County. Situated barely 90 minutes south of San Francisco and framed on the west by a curve of towering cliffs and dotted by sandy beaches, the county is proof of the fact that small localities can and do have a big economic punch. As the state’s second-smallest county, Santa Cruz reaped $700 million in tourism revenue in 2000 and recorded one million visitors. Its 29 miles of beaches and historic boardwalk were a large part of the county’s draw.

But according to a report published by the Central Coast Wetlands Group at the Moss Landing Marine Labs, those vital resources will be at increasing risk in the decades to come. Sea level rise and climate change will have a greater say not only in how its coastline is affected by storms but in how the county manages its valuable resources.

Increasing storm surge, say the authors of the Santa Cruz Coastal Climate Vulnerability Report, doesn’t just mean that central California beaches will be harder to access, but delicate estuaries, which are key to the county’s agricultural and tourism industries, will be at a higher risk of flooding and degradation.

Read the full article about the costs of rising sea levels by Jan Lee at TriplePundit.