Businesses and Investors Need to Act on Climate Now 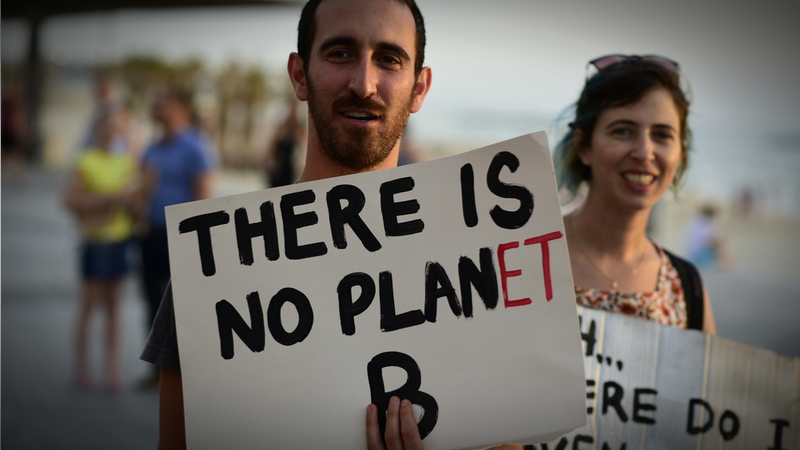 • How can you take action on climate change in your local community?

• Read about how to use your business to tackle climate change through inclusion.

The business case for acting on climate change has never been stronger, and the need to act has never been more urgent. For the past three years, worldwide carbon emissions from fossil fuels have stayed flat while gross domestic product (GDP) has grown, demonstrating that emissions and economic growth aren’t inextricably linked. Decoupling emissions and growth is just the first step. To stay within the carbon budget for 2 degrees Celsius warming—and avoid the most catastrophic impacts of climate change—global emissions have to start falling by 2020.

While the President of the largest economy in the world blows headwinds at progress, business leaders and investors must act to bend the emissions curve.

Why them? Because the cost of inaction threatens their economic livelihoods. Consider: The world’s current stock of manageable assets is roughly $143 trillion. According to one often-cited report, a business-as-usual future (6 degrees Celsius warming) creates present value losses worth $43 trillion. To put that in perspective, the US Treasury estimated that the 2007-2010 US subprime mortgage crisis wiped out $19.2 trillion in household wealth. But unlike subprime, you don’t have to be an eccentric hedge fund manager to see this one coming.

Also, business leaders and investors are people too. Bill McKibben’s 2012 Rolling Stone article, “Global Warming’s Terrifying New Math,” launched a movement that raised awareness of just how close we are to destroying Earth for future generations. Our kids and grandkids have swallowed the math. CEOs and CIOs must look them in the eye and say they did everything they could to fix that terrifying equation. What’s more, businesses’ employees and customers are also swallowing the math, which means the marketplace for top talent—especially millennials—will reward climate leaders.

Read the full article about businesses and investors acting on climate change by Alicia Seiger at Stanford Social Innovation Review.