Use Your Business to Tackle Climate Change Through Inclusion 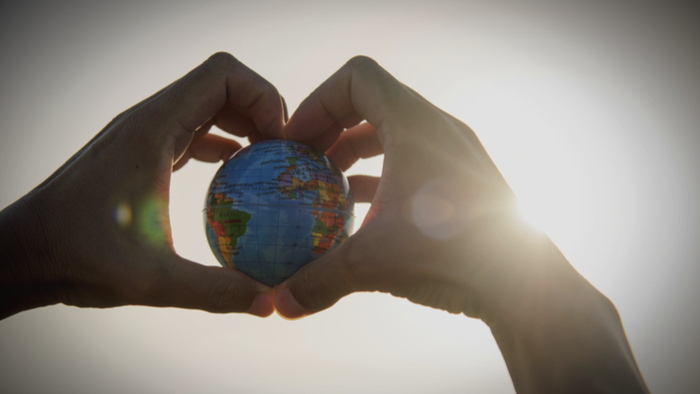 • B The Change encourages businesses to tackle climate change by incorporating inclusive economic practices to understand the relationship between climate action and social justice.

• How can companies use inclusion to better protect marginalized populations against climate change?

• Read about the effects of climate change on women.

Business doesn’t have to wait for government to make climate mitigation a priority. In the absence of political action, more public companies are stepping up and leading through their sustainability work and collaborating to enhance its impact. Together these businesses are setting science-based greenhouse gas emissions goals and moving toward 100 percent renewable power to address climate change.

So how do we move the climate conversation from “Why” and “Who caused it” to “What do we do about it”? Thankfully, a range of social entrepreneurs are already tackling these problems. On B the Change, learn how innovative thinkers in the B Corp community are leading the charge on scalable, high-yield climate solutions.

Because marginalized populations around the globe are at greatest risk for experiencing the serious repercussions of climate change, climate metrics were incorporated in this year’s Inclusive Economy Challenge (IEC) to lift the relationship between climate mitigation and social justice.

While climate change is an immense issue that often feels overwhelming, the five IEC metrics help frame where businesses can take immediate climate action and make progress to mitigate its effects. Incorporating these measures helps organizations take responsibility for their negative impact and make critical connections between business benefit and social and environmental impact.

But there is some promise amid the gathering storms: While we are hearing political leaders escalate their rhetoric of division, we are seeing business leaders increase their focus on the business of inclusion.