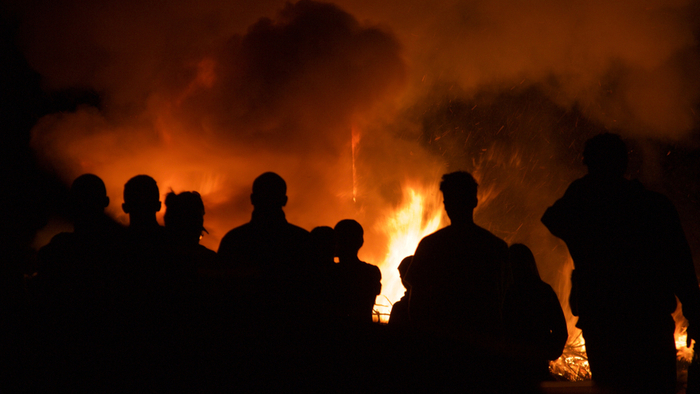 • Yvette Cabrera writes about the perennial gaps in equity across California’s wildfire recovery efforts and how to address them.

• Which communities suffer the most from wildfires? How can you make sure your funding for California’s wildfire recovery has an equitable impact?

When the Thomas Fire hit California’s central coast nearly three years ago, it was then the second largest wildfire in the state’s history, raging for more than 40 days and scorching 440 square miles. The firefighting response and recovery efforts matched the fire’s intensity, with the largest mobilization of fire crews in California history. Recovery efforts were underway weeks before the blaze was contained.

But that compassion did not necessarily extend to everyone. Researchers who studied the emergency response and recovery efforts during that fire have since found that a failure to direct resources to vulnerable communities, such as undocumented Latino and Indigenous immigrants, and farmworkers in particular, exacerbated existing inequalities. A forthcoming article for the academic journal Geoforum concluded that emergency response and recovery efforts during the Thomas Fire ignored the needs of residents already facing racial discrimination, exploitation, economic hardship, language barriers, and a fear of deportation.

As climate change-fueled wildfires have raged throughout California this month, the state’s preparedness is being tested against the backdrop of a global pandemic that has already devastated communities of farmworkers whose work has been deemed “essential” for the duration of the crisis. Outbreaks in fields and food-processing facilities have rippled from workers to their families.

Even before COVID-19 hit, climate change had already put the lives of farmworkers in danger. Seasonal weather fluctuations can cause these communities to lose work and expose them to multiple health threats, from extreme heat to wildfire smoke. Ultimately, those dangerous conditions become crises because populations are excluded from public assistance that could mitigate the harm stemming from this phenomena. Addressing root causes, such as the inability of many farmworkers to access unemployment insurance, could protect them as disasters multiply.

Read the full article about California’s wildfire recovery by Yvette Cabrera at Grist.