Demystifying Obstetric Fistula: One Woman’s Story of Struggle and Success 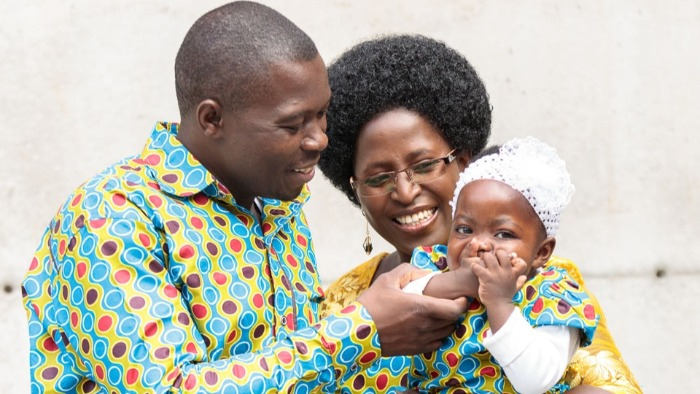 [Photo credit: One by One]

May 23 is International Day to End Obstetric Fistula.

“I had gotten pregnant from rape. Then I lost the baby. Then I got a fistula. Then the pain of living with fistula.”

This was the start of Sarah Omega’s 12-year struggle with depression, during which she lived with shame and in isolation in Kenya.

What is Obstetric Fistula?

Obstetric fistula is usually caused by protracted labor that isn’t properly treated in time. Protracted labor often results in a stillbirth and other medical complications, including a tear between the vaginal canal and the rectum or bladder known as obstetric fistula. In the West, fistula rarely occurs thanks to proper preventative care and is usually treated immediately if it does happen.

In many communities, fistula is seen as a punishment or a curse, rather than a medical condition. As a result, women with fistulas are often abandoned by their husbands, families, and communities and are forced to live in isolation.

Omega’s depression and suicidal thoughts eventually landed her in a psychiatric facility, where she learned that her condition had a medical solution. After a successful repair to her fistula, Omega got “a new lease on life.”

The Value of Information

Omega wanted to help. “I had the information. And for me, information is power.” She began to share what she knew with the women who came into her hair salon. But soon, she felt that this was not enough. She closed her salon and took her message to learning institutions, communities, and churches.

Omega felt that she needed more support to advance her work, and she got it. In 2011, she formed a partnership with One By One, a fistula organization based in Seattle, and created Let’s End Fistula with the help of the surgeon that repaired her condition. Phase I of their plan centered around education and treatment advocacy. They opened a treatment center in Kenya. Together they built an outreach group of individuals from different parts of Kenya including 22 survivors of fistula and four men who had felt the impacts of the condition secondhand. The group goes into communities to find women who are suffering from fistula to help them receive treatment and to educate the public on the condition and how it can be prevented.

Let’s End Fistula is now in Phase II. Recalling her own struggle with her mental health and isolation, Omega knew that preventing and treating fistula, while vitally important, wasn’t enough. The women who came to the medical center had lived with fistula, many for decades. During that time they had little, if any, social interaction, mobility, and economic opportunity.

Bringing women back into their communities, not just as accepted members, but as leaders is the goal of Phase II. Although it began in 2017, Omega already beams with pride as she recalls success stories – women who have gained economic success and leadership roles – including one woman who is now a board member at a local hospital.

Let’s End Fistula has now merged with Worldwide Fistula Fund and the combined forces of these organizations are working to ensure that women who live with fistula receive treatment but also a chance for true recovery. Its education branch aims to minimize new cases and prevent cases from going untreated. Along the way, they are glad to bring smiles to the faces of women, who are thrilled simply to be able to ride the bus or attend church once again.

Omega won’t be done with her work until fistula is as rare in the world as it is in the West, ensuring that her young daughter Jade (pictured above with her parents) will never suffer the years of isolation, humiliation, and depression that Omega did.

I asked Omega what she would like donors to know about supporting treatment for fistula survivors:

“You can save a life. You can bring someone back from the dead.”