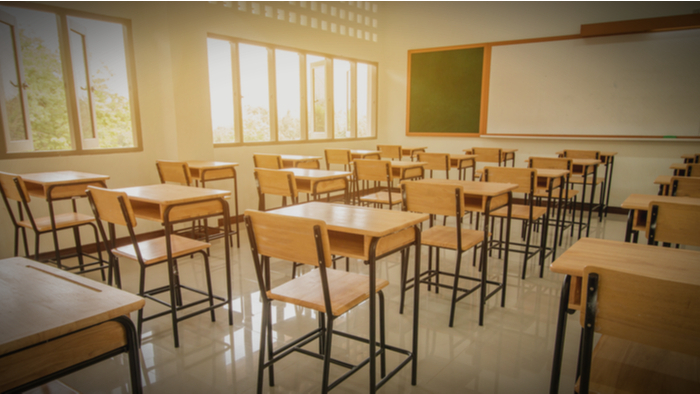 • California is addressing the school-to-prison pipeline by trying to reduce suspensions through less-punitive punishment tactics.

• What are the benefits of restorative justice practices in schools for both educators and students? How will this help address racial disparities?

• Read more about how restorative practices can reduce student suspensions.

Despite recent efforts to reduce California’s prison incarceration rates, severe racial disparities persist in our criminal justice system. According to a report last month by the Public Policy Institute of California, African-American males account for 28.5 percent of the state’s male prison population, despite the fact that black men make up just 5.6 percent of the state’s adult males.

Recent research strongly suggests that one way to reduce these disparate racial outcomes is to disrupt the school-to-prison pipeline. Data show that black and brown youth are far more likely to be suspended from school than their white peers and long-term studies have revealed that students who are suspended for at least 10 days are less likely to graduate and more likely to be arrested and incarcerated by their mid-20s.

According to the 2018 report, “Get Out: Black Male Suspensions in California Public Schools,” by professors at UCLA and San Diego State University, research has shown that African-American males “are over-criminalized in society and this translates into experiences in school where they are singled out for punishment, over-regulated for minor innocuous actions, or misidentified when no wrong-doings occurred.” In fact the suspension rate for black males in California schools is 12.8 percent compared to 3.6 percent for all students.

But there are other less punitive classroom-management tools that are effective. Some schools, for example, are increasingly adopting Positive Behavior Interventions and Support (PBIS) programs. PBIS clearly defines behavioral expectations, proactively teaches them and provides positive reinforcement for students who comply.

Some school districts, including San Francisco, Oakland and Los Angeles, have already banned willful defiance suspensions. However, under current state law, those bans do not extend to charter schools in those districts.

Read the full article about reducing school suspensions by Nancy Skinner at EdSource.