Our World in Data 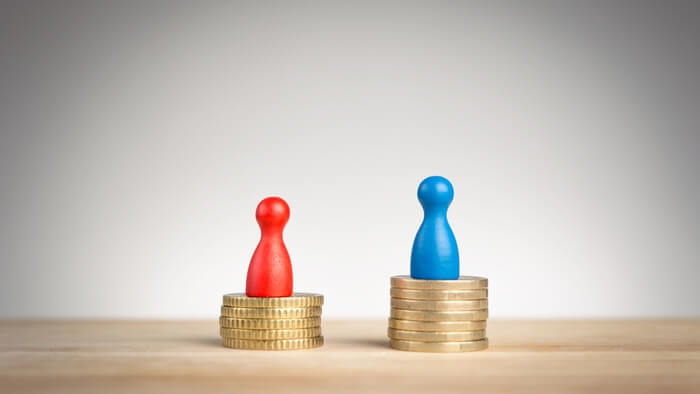 • Esteban Ortiz-Ospina explains that data reveals that cultural norms, rather than biological gender differences, are the primary driver of the gender pay gap.

Achieving high scores in maths tends to be more common among boys than girls. However, there is huge cross-country variation – the differences between countries are much larger than the difference between the sexes. And in many countries the gap is effectively inexistent. So clearly these gaps in mathematic ability do not seem to be fully determined by biological endowments.

The evidence suggests that biological differences are not a key driver of gender inequality in labor-market outcomes; while social norms and culture are very important.

Biological differences in tastes, psychological attributes, and soft skills are also often argued to be at the heart of the gender pay gap.

Blau and Kahn point out that, yes, researchers have found statistical differences between men and women that are important in the context of labor-market outcomes. But are the origins of these differences mainly biological or are they social? And are they strong enough to explain pay gaps?

The available evidence here suggests these factors can only explain a relatively small fraction of the observed differences in wages. And they are anyway far from being purely biological – preferences and skills are highly malleable and ‘gendering’ begins early in life.

Read the full article on the gender pay gap by Esteban Ortiz-Ospina at Our World in Data.