Do Boys Suffer When Women Dominate the Teacher Workforce? 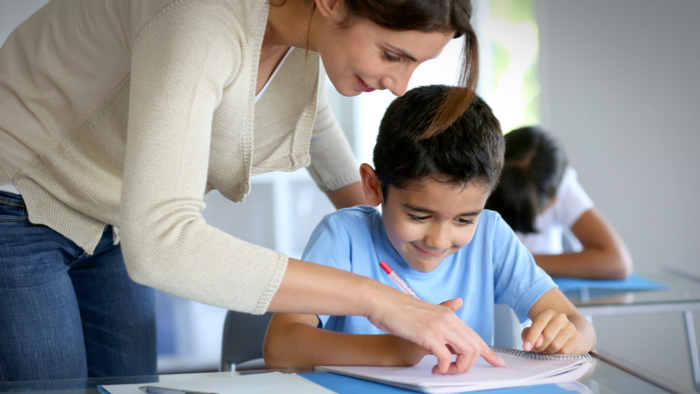 • Michael Hansen and Diana Quintero explain how boys have actually closed the gender gap in academic performance as the teacher workforce has become increasingly female.

• Are there other benefits to having a gender-balanced teacher workforce?

• Learn about gender pay inequality between male and female teachers.

The rise of women’s status in industrialized countries around the world in recent decades is unmistakable. Meanwhile, a counter-narrative laments the dwindling status of men relative to women, decrying that the overwhelmingly feminine K-12 teacher workforce creates the conditions for a “war against boys.”

Simply put, this idea alleges that the female-dominated teacher workforce imposes norms of learning and behavior on all students that are developmentally appropriate for girls but implicitly disadvantage boys.

Though the argument of women outperforming males seems compelling when looking at some outcomes—particularly college graduation rates—we do not see evidence that is nearly so persuasive across other educational outcomes.

Take the recent results from the National Assessment for Educational Progress (NAEP), for example, where boys are slightly ahead of girls in math in both 4th and 8thgrades. Boys continue to lag in reading, but they have actually made steps toward narrowing their performance gaps in comparison to the mid-1990s in both grades.

The performance of both genders during elementary and early secondary grades is actually increasing over time, while the share of male teachers in the workforce declined by about 2 percentage points.

In fact, the teaching profession has slowly become more female over several decades. According to the most recent data, women constituted 76.3 percent of the workforce, compared to 70.5 percent 30 years ago.

If anything, teacher expectations (at least in math) appear to advantage boys over girls, where teachers systematically underrate girls’ abilities unless they demonstrate hard work. Female teachers also appear to have the best relationships with all students, regardless of gender. Hence, it is unclear that promoting more gender diversity among all teachers would do anything to improve boys’ school performance.

Read the full article about women dominating the teacher workforce by Michael Hansen and Diana Quintero at Brookings.

If you are interested in K-12 Education, please see these relevant events, training, conferences or volunteering opportunities the Giving Compass team recommends.