Documentary Shows The Tangible, Devastating Effects Of Our Warming Planet 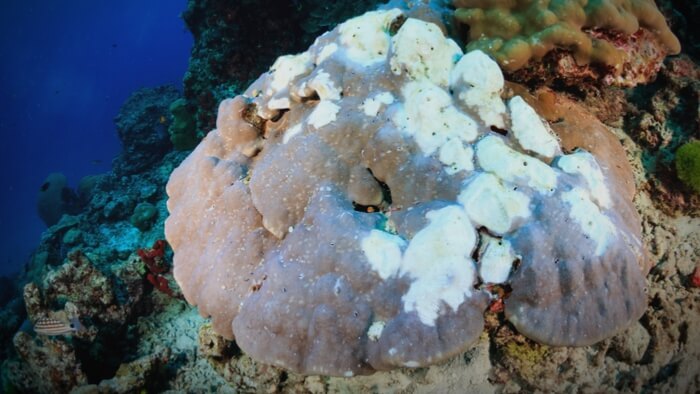 • Chasing Coral is a documentary about the bleaching of coral reefs and showcases the impact of human activity and climate change on the ocean’s creatures.

• This documentary sheds light on the effects of climate change by appealing to people’s emotions through filming decaying ocean life. Is this an effective strategy to persuade people to make changes when it comes to the environment?

• These documentaries are important for raising awareness about climate change, especially now, as most Americans think that climate change won’t affect them.

In one of the hypnotic opening scenes in the documentary Chasing Coral, a diver swims through a coral reef filled with life: sea turtles, bright blue and yellow fish, and coral in shades of pale yellow, olive green, and muted blues and browns.

A little later, the diver–the former ad exec Richard Vevers, who left the corporate world to launch an ocean nonprofit–joins a researcher on a dive in Florida, where warming water has caused mass bleaching. When they go underwater, all that is left to see are coral skeletons.

The coral bleaching isn’t just a tragedy for our oceans, it’s also a tangible and direct result of climate change. Extreme bleaching, which happens when corals overheat, once occurred every 25 or 30 years. Now, these bleaching events happen every five or six years. As greenhouse gases from cars or coal trap heat on Earth, most of that heat has been absorbed by the oceans.

The movie takes a very different approach than something like An Inconvenient Truth, which relied on charts and graphs to talk about climate change. “If we could mesmerize everybody with the beautiful images of the planet, and then show them the changes that are happening because of our actions, that’s sort of a powerful one-two punch,” says director Jeff Orlowski.

Since the documentary launched on Netflix, Orlowski’s studio, Exposure Labs, has held more than 1,000 screenings, focusing on communities in the Midwest and Southeast. “We’ve been working on areas that aren’t usually known for environmental advocacy and we’re trying to figure out ways to help local communities really champion climate solutions, and how do we help communities prioritize sustainable energy and climate action,” he says.

Read the full article about Chasing Coral by Adele Peters at Fast Company.