Embracing the Link Between Environmental and Racial Justice 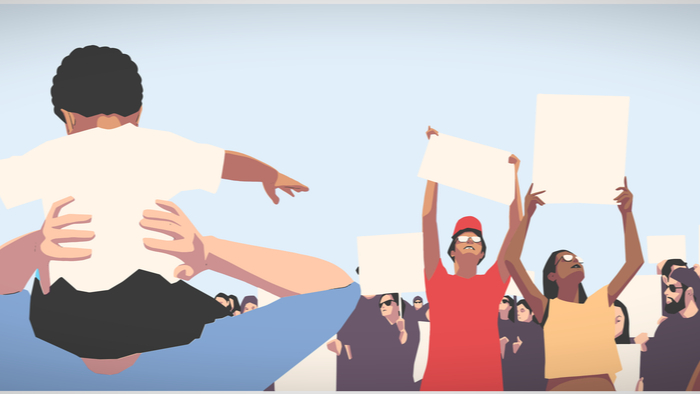 • An article at InsideClimate News offers examples of climate activists’ commitment to the protests against systemic racism in exchange for environmental and racial justice.

• Learn about how to direct your giving to racial justice organizing and advocacy.

When New York Communities for Change helped lead a demonstration of 500 on Monday in Brooklyn to protest George Floyd’s killing in Minneapolis, the grassroots group’s activism spoke to a long-standing link between police violence against African Americans and environmental justice.

Bronx Climate Justice North, another grassroots group, says on its website: “Without a focus on correcting injustice, work on climate change addresses only symptoms, and not root causes.

The Rev. Fletcher Harper, an Episcopal priest who is executive director of GreenFaith, a global religious-based climate action network based in Highland Park, New Jersey posted on his blog: “For too long, we haven’t been concerned enough about Black and Brown people who can’t breathe because they are carrying the weight of climate change and White supremacy.”

Mark Reynolds, executive director of Citizens Climate Lobby, said the group—which has volunteers in every Congressional district pushing for bipartisan carbon pricing legislation—is making plans to offer additional training to its volunteers on racism, privilege, bias and diversity in the environmental movement. There also will be a seminar in racial justice included in the group’s upcoming annual conference, which will be held online in  June.

“It’s not enough simply to list diversity as one of our values,” Reynolds said in a blog post addressed to the group’s members who are black and people of color. “The best way we can proclaim that Black lives matter to CCL, and that we care deeply about your wellbeing and your safety and your happiness, is for us to take concrete action.”

He added, “Like climate change, there is no simple fix for racism—but we will not shy away from doing our part in this vital work.”

Read the full article about the link between environmental and racial justice at InsideClimate News.