A Call for Philanthropy to Fund Racial Justice Work 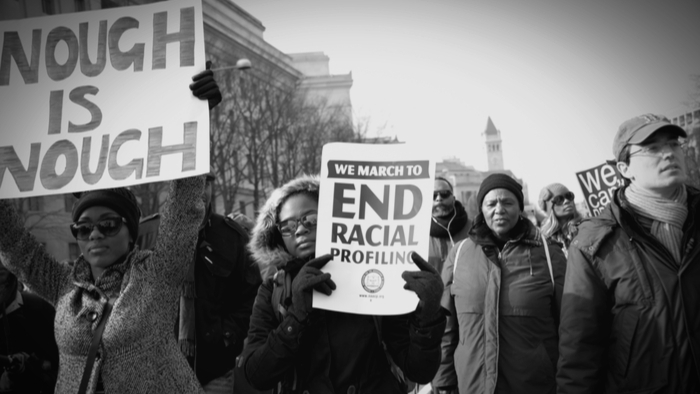 • Since the 2016 election, philanthropic organizations have de-prioritized funding for Black-led movements specifically, prompting a call to action to fund racial justice.

• How is your charitable giving directed toward racial justice organizing and advocacy? How can funders allocate resources to Black-led movements and leadership?

• Learn more about how philanthropy can support racial equity.

The country is on fire—right now—yet again. It is on fire with a righteous rage that has come from living under the constant threat of Black death, under the constant fear of state-sanctioned racial violence at the hands of law enforcement and vigilantes. But we as a country have been here before many times. About five years ago, social justice foundations and progressive donors proudly proclaimed that Black lives mattered and that they would put significant resources behind building the capacity of Black-led and Black-centered organizing happening in communities across the country.

It did not however take long for philanthropy to begin to shift its priority from funding Black-led movement to funding specific interventions it thought were best for Black communities. This distinction may seem minor, but it has proven to be critical in how resources would flow to Black-led organizing work and who determined what was ultimately the best approach. Less than three years after Mike Brown passed, the philanthropic commitment for Black-led movement work had largely unraveled.

There was, I believe, a flashpoint that led to this notable shift: the 2016 election of Donald Trump. After the election of the United States’ 45th president, much of the world, social justice movements, and the philanthropies that support them seemed upended.

As social movements for communities of color, for immigrants, for women, for LGBTQI folks, and for Indigenous communities all came under increased attack by the administration, the majority of philanthropic organizations stretched their existing budgets to meet broader needs. This led to both formal and informal de-prioritization of funding Black-led movement work across America.

And have the staying power to give Black activists and allies the space to develop effective organizing strategies to achieve lasting change.

Read the full article about racial justice work by Will Cordery at Nonprofit Quarterly.

Human Rights is a fascinating topic, and others found these events, galas, conferences and volunteering opportunities aggregated by Giving Compass to be relevant for individuals with a passion for Human Rights.