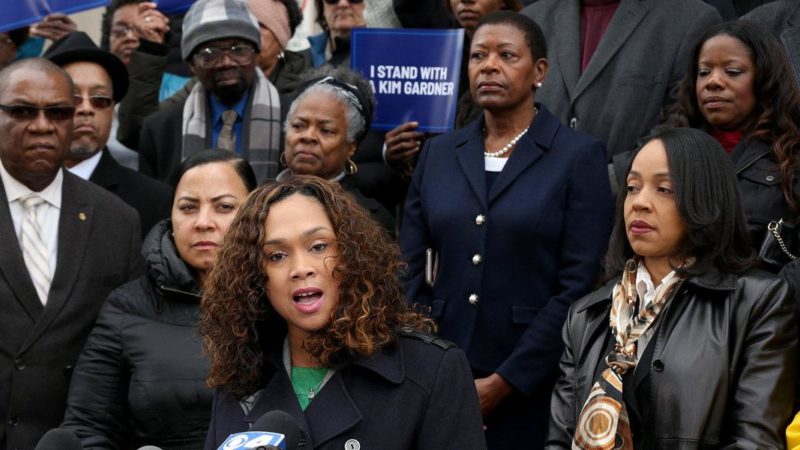 · The Marshall Project reports that the first black female prosecutor of St. Louis has filed a lawsuit against her city’s leadership over the systemic oppression of black women in the field.

· How can philanthropy address the deep roots of racism in the judicial system? How can we reform the justice system to make it less punitive toward people of color?

· Read more about addressing racial bias in the judicial system.

St. Louis’s first black prosecutor is fighting back. This week, Circuit Attorney Kimberly M. Gardner filed a federal lawsuit against her entire city leadership, accusing its mostly white police force and political establishment of engaging in a racially motivated conspiracy to drive her out of office and block her efforts to make the city’s justice system less punitive toward people of color.

Gardner, who took office in 2017, is hardly alone in facing opposition. Many other recently elected, increasingly progressive district attorneys around the country have run into entrenched resistance from conservative, often white police officers and their unions, judges, governors and even the attorney general of the United States. And black women prosecutors in particular have experienced a targeted, vehement form of defiance and intimidation.

“It’s already tough enough to drive change in criminal justice, but then to be black women, who make up just 1 percent of elected prosecutors?” Baltimore State’s Attorney Marilyn Mosby, who in 2014 became one of the first to break this particular glass ceiling, said in an interview. “The disrespect would look different if I looked different. It’s extremely personal. The first thing they come at when you’re a black woman is your competency.”

“That’s why this lawsuit is symbolic for all of us,” Mosby said.

Gardner’s suit cites a rarely used federal law from just after the Civil War that allowed the U.S. government to crack down on the Ku Klux Klan and other racist groups, and argues that St. Louis has been acting like just such an organization. St. Louis Police Officers’ Association officials and the city have denied the allegations.

Read the full article about black female prosecutors by Eli Hager and Nicole Lewis at The Marshall Project.