Forest Bathing: A Retreat To Nature 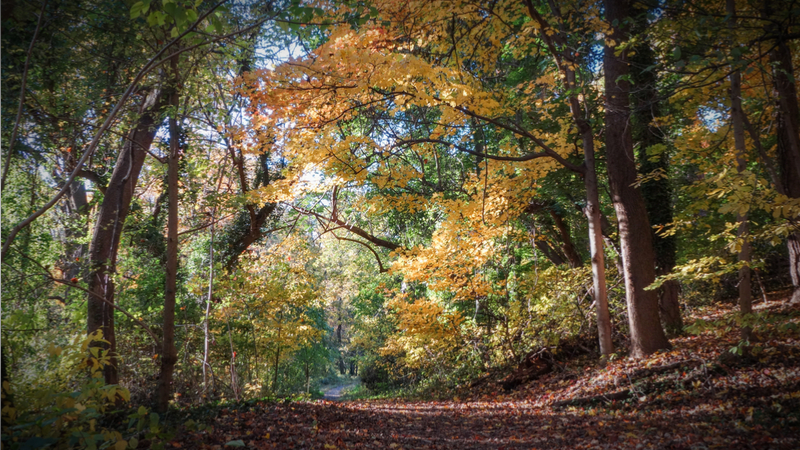 A forest guide “helps you be here, not there,” says Amos Clifford, a former wilderness guide with a master’s degree in counseling, and the founder of the Association of Nature & Forest Therapy, the organization that certifies the guides.

Clifford’s goal is to encourage health care providers to incorporate forest therapy as a stress-reduction strategy. There’s no question that stress takes a terrible toll in the United States; a 2015 study found work-related stress accounts for up to $190 billionin health care costs each.

Interested in reading more on the environment? Visit this selection on Giving Compass.

“It’s my hope that the health care system will include [forest therapy] into the range of services they reimburse for,” Clifford says.

The practice began in Japan. Back in the early 1990s the Japanese Ministry of Agriculture, Forestry and Fisheries coined the term Shinrin-yoku — which translates roughly as forest bathing.

Now, forest bathing is starting to take off in the U.S. The Associations of Nature & Forest Therapy plans to train and certify about 250 new guides next year. “We’re aiming to have 1,000 trained guides within three years,” Clifford says.

There’s a growing body of evidence that the practice can help boost immunity and mood and help reduce stress. “Medical researchers in Japan have studied forest bathing and have demonstrated several benefits to our health,” says Philip Barr, a physician who specializes in integrative medicine at Duke University.

One study published in 2011 compared the effects of walking in the city to taking a forest walk. Both activities required the same amount of physical activity, but researchers found that the forest environment led to more significant reductions in blood pressure and certain stress hormones.

Read the source article at npr.org

Like this article? Check out this piece on changing our meat consumption habits for our planet.

Natural Resources is a complex topic, and others found these selections from the Impact Giving archive from Giving Compass to be good resources.