Gender Bias: Changing the Story of Women in the Workplace 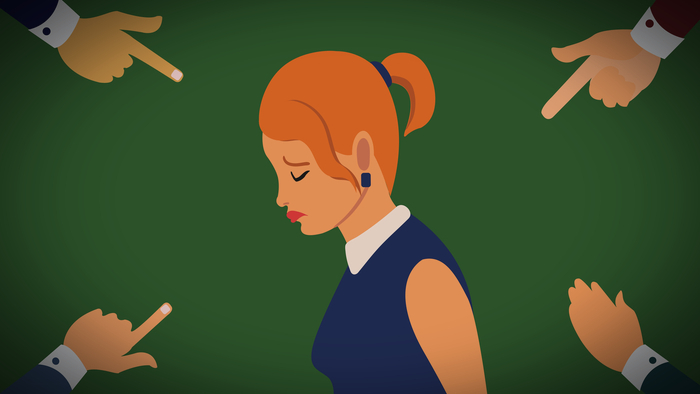 • Kelly McGrail argues that confronting employment gender bias starts with women telling their stories of success so that girls are not discouraged before they even enter the workforce.

• How can mentoring and storytelling between women help foster a strong sense of self and help confront gender bias when it happens?

• Read Kim Elsesser at Forbes’ suggestions on what to do when dealing with things like the gender pay gap.

Can ignoring gender bias make it go away? Of course not.

But I do wonder whether the specter of gender bias is creating self-limiting stories for a generation of women entering the workforce. This question was inspired by a recent visit to the campus of one of our nation’s most respected universities. While there, I had a chance to meet with about a dozen young graduate and undergraduate women. Their CVs were incredibly impressive. But when talking about their plans to join the workforce, rather than expressing excitement about future possibilities their questions were overwhelmingly weighted toward managing gender bias.

These young women were assuming it would be hard to have their voices heard in meetings. They wondered if their ideas would be taken seriously. They worried about being denied opportunities afforded their male counterparts. They had the distinct impression bad things were going to happen at work because they were women…and it broke my heart.

It is good that we’re more transparent about gender bias in the workplace; it’s a critical step toward eradicating it. But an unintended consequence of this new level of openness and discussion may be that some young women are entering the workforce with fear and trepidation – instead of with gusto and optimism.

To help dispel the specter of gender bias, there’s an opportunity for all of us to tell the positive stories — loudly and often. The stories where women of character and strong work ethic are doing rewarding and important work. And — this is key — the stories of how these women had female and male collaborators and supporters on their journey.

Read the full article about confronting gender bias in the workforce by Kelly McGrail at TriplePundit.