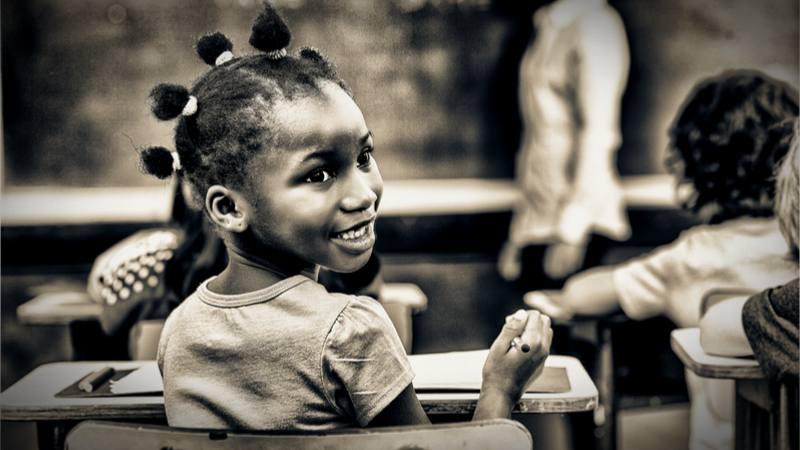 This article originally appeared in the Atlantic on June 29, 2017.

A growing body of evidence has shown that the American education and criminal-justice systems dole out harsher and more frequent discipline to black youth compared with their non-black peers. But while most of that research has focused on black boys, a new study from the Georgetown Law Center on Poverty and Inequality specifically turned its attention to society’s perception of black girls.

Researchers built in part on a 2014 report that concluded black boys are wrongly perceived as older than their actual age and are more likely to be viewed as guilty when they are suspected of a crime. The Georgetown study sought to determine whether there’s a similar effect for black girls—whether adults identify them as less innocent and less child-like than white girls of the same age. The results were resounding: Not only do the researchers report that “black girls were more likely to be viewed as behaving and seeming older than their stated age,” they also find that this dynamic is in place for girls as young as 5 years old.

Too often, when people read these statistics, they ask, “What did these girls do?” when often, it’s not about what they did, but rather the culture of discipline and punishment that leaves little room for error when one is black and female.

While such conclusions might not seem especially fresh given this history, the study’s utility lies in its explicit focus on the assumption of innocence as integral to childhood. White children benefit from better educational, legal, and social protections precisely because of this phenomenon, while black children aren’t as willingly afforded a pass for any youthful indiscretions.

Find more information about women and girls on GivingCompass.org