How Donors Can Support Innovative Solutions to Nuclear Threats 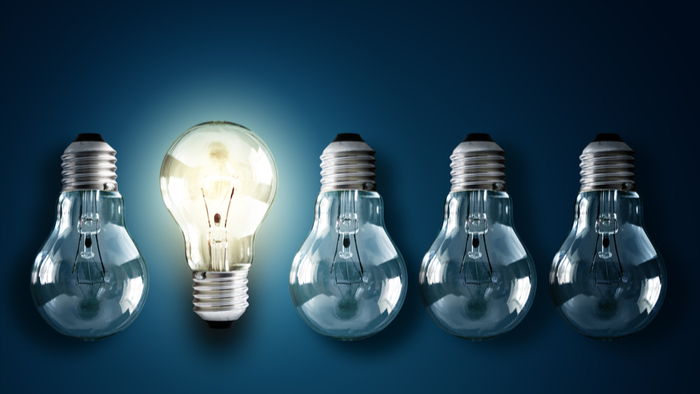 Part two of a three-part series. Read part one and part three.

When you think of nuclear threat reduction, do you assume that the answers are best left to government officials, the military, and scientists?

Hollywood creatives, technologists, game designers, philanthropists, and people from across a range of sectors are working alongside nuclear experts to develop innovative solutions to a pressing threat that affects every single one of us. The N Square Innovators Network is using a collaborative, hands-on approach to address an “eminently solvable” problem.

Giving Compass recently spoke with N Square’s Managing Director Erika Gregory and Director, Nuclear Security Partnerships Paul Carroll about the organization’s successes, challenges, and what donors should be thinking about.

The interview has been edited for length and clarity.

Tell us about N Square’s origin.

Paul Carroll: In 2013 or 2014 … there was collective and temporal recognition that the nuclear security ecosystem was very talented, very dedicated, but they were not doing things in a particularly collaborative or innovative way. Five of the nuclear security funders [Skoll Global Threats Fund, MacArthur Foundation, Carnegie Corporation of New York, Ploughshares Fund, and Hewlett Foundation] decided to try — what we called at the time — the Nuclear Innovation Collaborative. Let’s pool some money … and let’s get people in a room that you normally wouldn’t see in a room together and see if sparks fly, see if ideas get generated, see if partnerships form. That was the origin: The recognition that this was an experiment. A lot of dynamism and energy was happening in other fields, but it was not happening in the nuclear field so we wanted to simulate it.

Erika Gregory: We initially did act like a re-granter, which is to say we were looking for innovative ideas and people whose voices were underrepresented and we were making grants to them and supporting their work. But it didn’t feel as systemic as we would have liked. We all got to at the same point which was “Let’s not just keep writing checks. Let’s actually invest in a network.”

What should we know about the Innovator’s Network?

EG: We accept a cohort of roughly 40 people a year. They make a year-long commitment. There’s a heavy emphasis on trans-disciplinary work, but also we’ve made a bet that the way people form the longest-lasting, most useful relationships is by doing real-world work together. We divide them up, give them budgets … so they can prototype solutions to those different problems they’ve been given. We give them designers who can help to make those ideas not only more visible, but also to [help them] think through the systems implications of the prototypes they’re developing. We’re essentially teaching them the methods of innovation and the methods of understanding users’ needs.

One level of being in the network is professional development around innovation methods. The second level is around relationship-building for the long run with the bet that some of these nuclear experts will be in leadership positions in the next five years.

One of the projects has already seen success. Tell us about it.

EG: Datayo is the kind of project we might see coming out of Silicon Valley every day. They started out with a problem set: How we could do a better job of monitoring early warning signs … of a nuclear catastrophe and how could we leverage open source technology to do that? They’ve done a good job of taking individual innovations and packaging them into a platform … that will enable anyone in citizen science to participate. Anybody can participate in paying attention to an issue that really shouldn’t just live in the purview of governance and faceless, nameless people or intelligence services. We should have a place to put our information if we have it. It got picked up by One Earth Future Foundation. They made a financial commitment to not only match the donations so far, but to incubate, and further accelerate the program.

What challenges are you facing?

PC: [Hollywood, Health & Society at the Norman Lear Center] has taken a couple of ideas and nascent prototypes on their own and said we’re going to pitch this to a production house. That’s all good news. The challenge has been we have someone interested, but they don’t have their own resources to put behind it. That’s a big gap I see: Teeing things up, but there’s no one at the other side of the table. We have maybe four or five ideas that would be ready for angel investors. There are ways, not only for individuals to participate, but for donors to participate and support things that can help our mission of innovation and help with the vision of reducing nuclear risks.

EG: When it comes to something like new solutions for this particular existential risk, there’s really nothing that constitutes an incubator or accelerator model except for what we’re trying to do with our network. There just aren’t enough philanthropists engaged in this space. There really is no pipeline to go from philanthropy investments to Series A to Series B. How might we build that infrastructure and how might we partner with forward thinking donors and philanthropists who are interested in greater efficiencies that come with a pipeline like that?

What do you want donors to know?

EG: As a donor to the field, if you were to lean in now with this network, there’s a natural place for you to engage with people. Both to deeply learn about the issue, but to use your dollars directly to support work that’s really innovative and groundbreaking. There are big opportunities to pick off pieces — it could be technology projects, it could be culture change projects, it could be investment in professional pipeline projects where you get actively engaged and educated about the nature of the threat at the same time.

PC: It’s a truly valid existential risk. Bad things will happen if we don’t manage these things properly, but rather than be doom and gloom and wring our hands, it’s a challenge we can rise to. It isn’t as abstract as we’ve been thinking for 55 years. It’s actually proximate and you can take bite-sized pieces of it. It’s eminently solvable.