How Education Can Get Young, Informed Americans to Vote 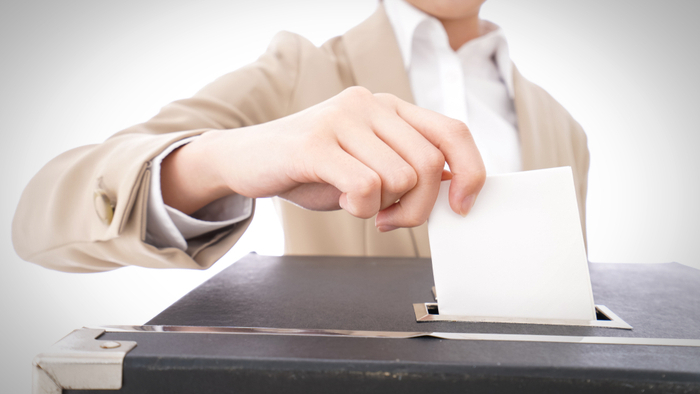 • Kevin Mahnken interviews John Holbein about how certain education reforms can incentivize young people to find the time to vote.

• What does the article cite as the number one contributor to young voter passivity? Do you agree with the article’s ideas about how to fix it? Are you prepared to offer support to this form of civic education?

• Read about a different effort to inform and promote young voters.

The hidden driver of low youth turnout isn’t a lack of political interest or motivation, Holbein and Hillygus write. It’s that the act of voting is “costly.” Citizens have to expend time and effort familiarizing themselves with candidates and policies, decide which they prefer, and then overcome life’s distractions long enough to find the right polling station on the right day (assuming they met the registration deadline, of course). It sounds simple enough, but for tens of millions of Americans, the abstract duties of democratic participation can only be considered after picking up the groceries.

When the media warn of a “civics education crisis,” they’re usually referring to the stream of new surveys showing that most adults can’t name a single Supreme Court justice. In Holbein and Hillygus’s view, though, the crisis goes deeper than that: Young people may know which policies they support and have every intention to vote but lack the wherewithal to follow through.

To counter that, they recommend that K-12 schools work to strengthen students’ non-cognitive skills — traits of thought and behavior that govern self-regulation and teamwork — to prepare them for the demands of citizenship. While Holbein and Hillygus acknowledge the importance of teaching American history and government, they also believe that kids will struggle to become responsible democratic actors if they don’t learn to overcome obstacles and treat others with respect.

“Even if lots of people could name their local elected official or accurately say who controls Congress, is that the type of knowledge that would help citizens be actively involved and informed about policy debates?” Holbein asked. “I don’t think so.”

Read the full article about how education can get young Americans to vote by Kevin Mahnken at The 74.

Learning and benchmarking are key steps towards becoming an impact giver. If you are interested in giving with impact on Youth Development take a look at these selections from Giving Compass.