How Far Does Gate Money Get Former Inmates? 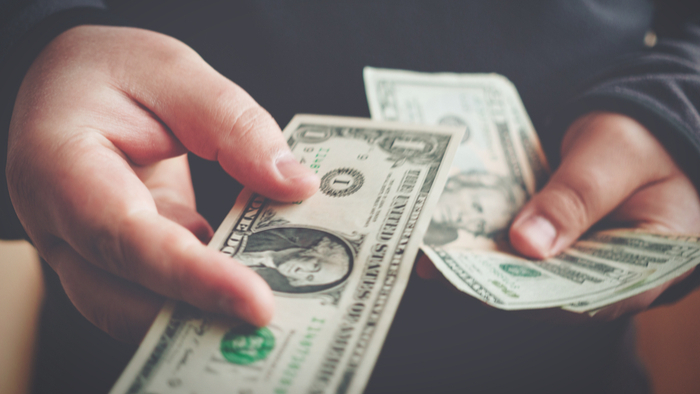 • Mia Armstrong and Nicole Lewis report that the gate money given to prisoners upon their release is insufficient to reintegrate them into society.

• How can funders work to ensure that formerly incarcerated individuals have a chance to successfully reintegrate into society?

• Learn how formerly incarcerated people can get back on course.

Roughly 600,000 people are released from federal and state prison each year, according to the Bureau of Justice Statistics. Experts often say the first 72 hours after release are critical to determining whether a former inmate’s path will lead away from prison or make a sharp U-turn. But what resources prisons provide to help people navigate those first moments on the outside varies widely from state to state.

The Marshall Project reached out to departments of corrections in all 50 states to find out what they give people when they get out of prison. Forty-two states responded. Roughly 90 percent have some formal policy to provide funding, commonly called “gate money,” to cover transportation, housing or food costs for prisoners after their release.

At the highest end, California and Colorado provide $200 and $100, respectively. At the lowest end, people in Alabama and Louisianaoften leave prison with as little as $10 or $20 in their pockets, and people in states such as New Hampshire may leave with no money.

Many formerly incarcerated people say the money isn’t enough to meet the demands of their lives in the days following their release. Many say they are forced to make trade-offs between eating or buying practical items that can help them transition back into society, such as cellphones and professional clothing for job interviews. Moreover, release money in nearly every state hasn’t kept pace with rising inflation, The Marshall Project found. The last time Oklahoma increased gate money was in 1974, when $50 had the same buying power of about $275 today. In California, the gate money amount hasn’t increased since 1973, when $200 was worth the equivalent of about $1,200 today.

Read the full article about gate money by Mia Armstrong and Nicole Lewis at The Marshall Project.