How One Female Philanthropist is Leading the Way in Lipedema Research 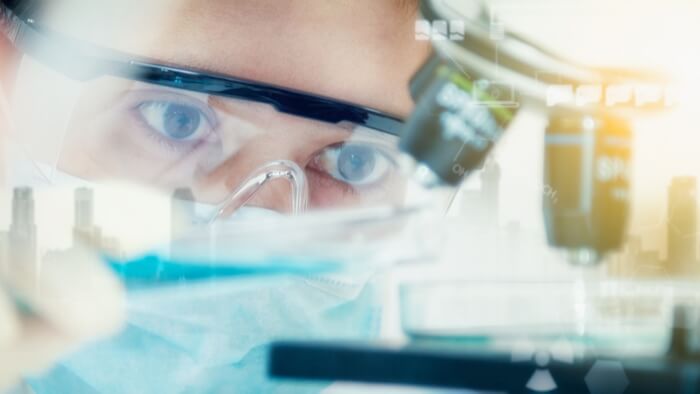 Four weeks after giving birth to her second child, Daftuar noticed a fat pad and fluid under her knee, accompanied by fatigue. Instead of concrete medical advice, doctors suggested liposuction and theorized it could be postpartum depression.

But Daftuar wasn’t depressed, and knew it was something different. As the fat in her leg continued to change size and shape she sought out experts to help her investigate the true cause.

After exhaustive searches on Pubmed and Google Scholar, and multiple consultations with healthcare providers and therapists, she received the diagnosis that would lead her to become an advocate and champion for lipedema research.

“Lipedema kind of found me,” she said.

A chronic condition that primarily affects women, lipedema results in symmetrical fat buildup and swelling in the limbs, sparing the hands and feet. Pain and tenderness of affected tissue is common, as is easy bruising. Daftuar said that even though they were difficult to detect with medical equipment, she could feel fat nodules in her legs.

It’s believed that the onset of lipedema occurs during hormonal fluctuations in a women’s life — puberty, pregnancy or menopause — but the research is limited. That very fact is what led to Daftuar’s journey to find answers for herself and other women.

Leading the Way in Women’s Health

Daftuar’s lipedema diagnosis initially created more questions than answers for her. Because so little was known about the condition, Daftuar and the medical experts she hired were unsure how to treat it. It was during this period that Daftuar’s role as an advocate and philanthropist was cemented.

She breathed new life into the dormant Fat Disorders Research Society (FDRS), growing the team, revamping the organization’s website and holding conferences. Daftuar traveled to scientific meetings around the world and met with existing stakeholders, but research remained stalled.

“There were not enough physicians interested,” Daftuar recalled. “I said, ‘I’m going to start a foundation.’”

In 2015, Daftuar founded the Lipedema Foundation with the aim of funding high-impact research to define, diagnose, and treat lipedema. To date, the organization has committed $5.3 million to the cause and has already funded clinical, imaging, treatment, quality-of-life, genetics and mouse projects.

The Lipedema Community Gets Another Leader

After years of unexplained weight gain and a false diagnosis of depression, Cheyenne Brinson was told she had lipedema at age 40. Like Daftuar, she sought a community that could relate. At the 2014 FDRS conference, Brinson raised her hand to volunteer. She is now president of FDRS.

Brinson used her business acumen to identify the Society’s next direction. Under her leadership, conference attendance has doubled and awareness of the condition has grown. Patients now have access to well-crafted materials to present to their doctor, giving lipedema the credibility it long deserved.

Fighting Stigma and Getting Results

Because little is known about how and why lipedema develops, it continues to be under-diagnosed and under-treated.

“The stigma around lipedema is that it’s just obesity,” Daftuar explained, noting that some women with lipedema also suffer from anorexia.

Brinson agreed, saying it can be difficult to secure funding because it’s viewed as a “fat woman’s condition.”

“If it affected men the way it affects women, there would be more research already,” she said.

Awareness among clinicians is growing and research has led to MRI technology that can identify lipedema tissue.

Peer Advice to Other Donors

Daftuar, a former software engineer with an MBA, knew she needed to engage scientific experts to guide her philanthropic efforts.

“I can’t find the genes myself,” she lamented.

She knew that if she was going to invest a substantial amount of money into this issue, she needed a capable and willing partner. Enter the Milken Institute’s Center for Strategic Philanthropy (CSP). Daftuar’s funding allowed their team to speak to researchers, connect with leading doctors, host a scientific retreat, and present Daftuar with recommendations that have helped drive the Lipedema Foundation’s philanthropic direction.

“To make an impact, you need to do your homework,” Daftuar said. “It takes effort to make sure that your giving strategy is aligned with the outcomes you want to see for patients. We wanted to make sure our investments were not only high-risk, but also had the opportunity for high reward.”

Daftuar and her team have made significant progress in the past two years, but there’s a long road ahead.

While Daftuar may be focused on lipedema, funding for general fat disorders and lymphatics research “can push so many fields forward.”

“The lymphatic system is highly critical for many disease processes including cancer and infectious disease,” Daftuar said. But, “there is no dedicated pool of money.”

Where Donors Can Start:

If you are interested in Diseases and Cures, please see these relevant events, training, conferences or volunteering opportunities the Giving Compass team recommends.