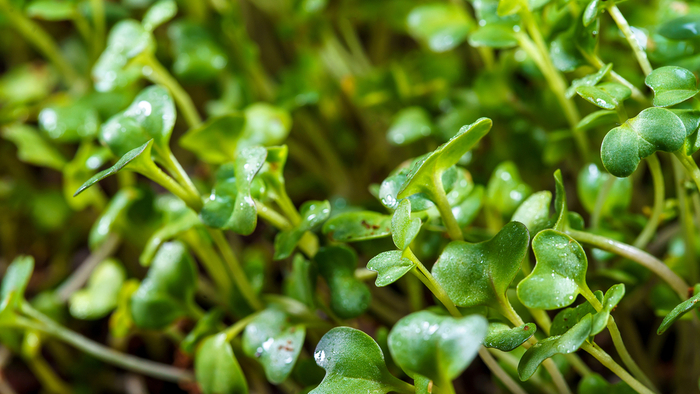 • Marilyn Noble explains why investing in Native food sovereignty can be a more effective way forward for philanthropy than just offering loans or grants.

From his small farm near Leupp, in a corner of the Navajo Nation in Northern Arizona, Tyrone Thompson (Diné/Black) provides vegetable seedlings for gardeners; produce, including non-traditional foods like kale, arugula, and asparagus; and inspiration, education, and motivation to his wide-spread Navajo, Hopi, and Apache neighbors. His hope is that food production will enable tribal citizens to heal their communities and restore their traditions, leaving behind the commodity food system that’s created so many intractable issues for Native Americans across the country.

Covid 19 has ravaged the Navajo Nation. By of the end of January, in a population of 170,000 people, almost 30,000 confirmed cases had resulted in nearly 1,000 deaths—the majority of those tribal elders, the keepers of language and tradition in a society grappling with ways to hold on to both.  As empty shelves in the handful of grocery stores on the reservation became commonplace, Thompson saw a dramatic rise in the number of people seeking his gardening and farming expertise to teach them how to grow their own food. “I’m just a farmer,” he said, “but it seems like for several years, we’ve been trying to re-educate folks about not only traditional agriculture, but agriculture in general. It gives us a cultural grounding and a sense of being connected to the earth, an understanding of where our food comes from. Through assimilation and through a broken food system, we’ve kind of disconnected from a lot of our traditional foodways, our Native foodways. It’s sad to say it took a pandemic to get a lot of us back where we needed to be.”

In 2014, Thompson did a stint as a FoodCorps member at the STAR (Service To All Relations) School, the first off-grid, solar- and wind-powered charter school in the country, which serves around 100 K-8 students in the shadow of Doo’ko’oosłíí (known in English as the San Francisco Peaks), one of the four sacred mountains of the Diné (Navajo people). There, he helped build greenhouses and developed the school farm-to-cafeteria program. In the intervening years, he’s collaborated with other organizations—Tolani Lake Enterprises, Northland Pioneer College, and Native Americans for Community Action, among others, to help his Navajo and Hopi neighbors become food self-sufficient. But in all of his work, Thompson has run into one of the biggest obstacles to Native American food sovereignty: access to capital and the reliance on philanthropic grants for funding.

“One of the things that I’ve been taught in the past has been to not have your hand out,” he said. “As much as I love my partners, we kind of get dependent on the grants. And sometimes we kind of get driven by those grants, as well. You almost don’t get to do what you want to do.”

Read the full article about Native food sovereignty by Marilyn Noble at The Counter.