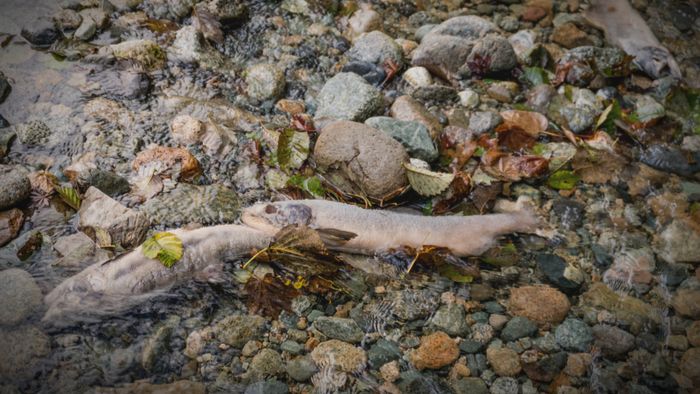 • North American tribes have been impacted by climate change, and have developed strong climate resilience adaptation plans in response.

Temperatures in Idaho’s Columbia, Snake, and Salmon rivers were so warm in 2015 that they cooked millions of salmon and steelhead to death. As climate change leads to consistently warmer temperatures and lower river flows, researchers expect that fish kills like this will become much more common. Tribal members living on the Nez Perce reservation are preparing for this new normal.

“The biggest and most poignant impact for Nez Perce tribal members has been the loss of fishing and fish,” said Stephanie Krantz, the climate change coordinator for the tribe. “For tribal peoples, they are absolutely essential for survival.”

After the 2015 fish kills, the tribe decided to hire Krantz to work full-time to assess the many ways that a warming planet threatens their way of life. The tribe has about 3,500 enrolled members, and its reservation spans 750,000 acres. For the last three years, Krantz has been conducting a vulnerability assessment and working on a new climate adaptation plan. The tribal government is expected to formally adopt Krantz’s plan after it has been finalized.

As other North American tribes have begun to experience the effects of climate change over the past decade, they too have started to adopt climate resilience and adaptation plans. According to a database maintained by the University of Oregon, at least 50 tribes across the U.S. have assessed climate risks and developed plans to tackle them. With more than 570 federally recognized tribes controlling 50 million combined acres, these adaptation plans could prove a crucial element in building resilient communities that can thrive despite weather-related catastrophes and changes to the natural environment.