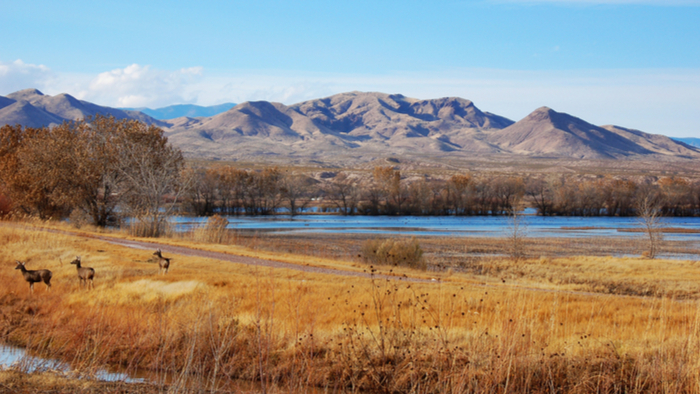 The Jemez Pueblo and Laguna Pueblo tribes, located in New Mexico, are suing the Environmental Protection Agency (EPA) over its rollback of protections on waterways vital for their food systems and cultural practices. They are calling on a federal court to throw out the Navigable Waters Protection Rule.

This Trump-era legislation narrowed the definition of federally protected waters to exclude water sources resulting from seasonal snowmelt and rainfall, known as ephemeral streams. Under this rule, corporations and property owners do not have to get permits to dump pollutants into these streams or destroy wetlands for the sake of construction.

Over 18 percent of streams in the U.S. are classified as ephemeral, according to the EPA. Ephemeral streams are particularly common in dry regions like New Mexico. The lawsuit argues that the rule disproportionately harms the Laguna and Jemez Pueblos by axing protections for their water sources. The tribal plaintiffs estimate that the rule eliminated federal protections for up to 87 percent of stream miles in Jemez Pueblo territory and 97 percent in Laguna Pueblo territory.

Although the Navigable Waters Protection Rule was supported by agricultural lobby groups like the Farm Bureau, small-scale farmers like the Pueblo peoples assert that interconnected water systems require federal protections. In this case, the tribal plaintiffs want to see this harmful rule done away with. Instead, they propose that the “significant nexus” test, which determines federally protected status based on the water source’s connectedness to other regulated waters, should be used.

Read the full article about indigenous tribes fighting to protect their water sources by Jessica Fu at The Counter.