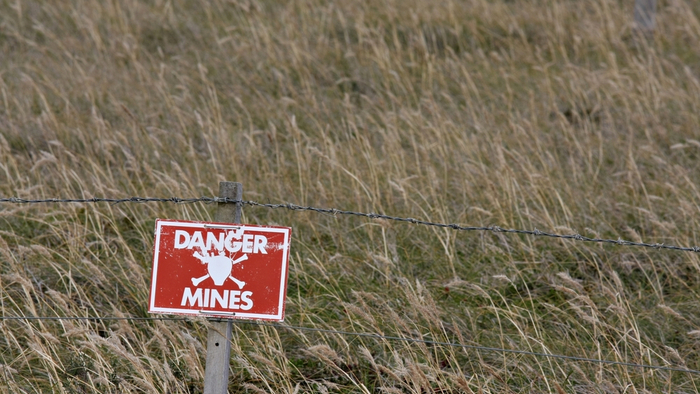 One night in December 2000, Mohammad Yaqoob says he was selected by the Indian army for patrol duty along the Line of Control (LoC), the border dividing the Indian and Pakistani-administered regions of Kashmir.

Twenty years ago, it was standard but informal practice in parts of Indian-administered Kashmir for the army to select young men from nearby villages for night patrol along the 734km LoC, to keep watch for “infiltrators” from the other side of the border. As Yaqoob returned home from patrol just before dawn, he stepped on a hidden landmine and lost his leg.

According to the Landmine and Cluster Munition Monitor, the total number of casualties among civilians and the Indian army is not officially recorded. But the group gathers the figures it can from a patchwork of anecdotal reports and media accounts. Between 1999 and 2015, the Monitor identified 3,191 victims of activated mines or improvised explosive devices (IEDs) and explosive remnants of war (ERW) in India. Of these, 1,083 were killed and 2,107 were injured, with the fate of one victim unknown.

The Ottawa Convention – also known as the Mine Ban Treaty – of March 1, 1997, has been signed by 164 countries. This treaty prohibits signatory states from use, stockpiling, production, or transfer of anti-personnel landmines (APLs). India has yet to sign it. The official stance of the government has been that the country has “volatile borders.”

However, on the Indian side of the LoC, there have been few reports of rebels being killed by landmines over the years. Most of the victims are civilians or members of the Indian army.

Apart from killing and maiming people, landmines impede people’s freedom to go about their normal lives and affect local economies by rendering land useless for cultivation.

Read the full article about landmines in Kashmir by Nawal Ali and Fouziya Tehzeeb at Al Jazeera.

If you are looking for more articles and resources for India, take a look at these Giving Compass selections related to impact giving and India.

If you are interested in India, please see these relevant Issue Funds, Charitable Organizations or Projects where you can get involved.