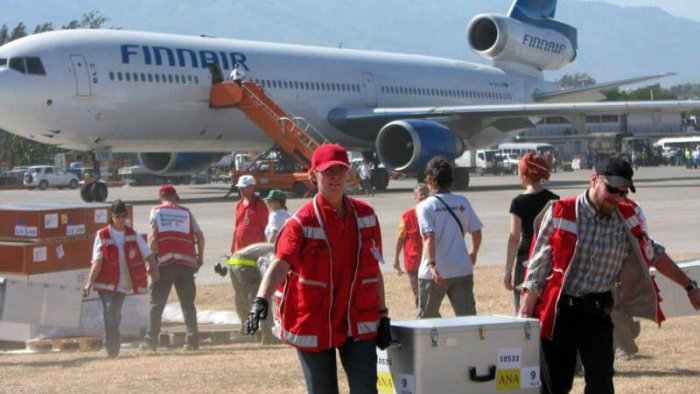 • Having more female surge staff in a disaster-struck area increases services and protections for women during a crisis.

• How can organizations recruit and deploy more female surge staff? What other types of aid suffer from lack of female staffers?

• Learn more about the needs of women and girls during storms and conflicts.

When a disaster hits, surge staff are the first on the ground to assess and implement the immediate response required. Currently, the majority of surge staff are male, and this impacts the assistance provided.

Women and girls have different needs and responsibilities in the event of a crisis and pre-existing gender inequalities can often mean their needs are not voiced nor heard as much as men if there aren’t women included in the decision-making. Additionally, the incidents of both domestic and sexual violence against women increase following a disaster, and often there are further negative consequences such as women turning to sex work in order to cope.

I think, if you’ve got all your teams at 50 percent women, I really feel that … if there are more women raising voices; holding people to account; you know, sharing stories; sharing unacceptable behavior; complaining properly, I do think it would make a massive difference.

A report by ActionAid and CARE International found that a “tendency to overlook the needs of women and girls can happen where humanitarian response teams are made up predominantly of men who speak primarily to male leaders in affected communities.”

Sixty percent of total international surge response staff are male, but this can be significantly greater depending on the region. For example, only 27 percent of surge staff deployed to Pakistan are female. Some agencies even specifically look to deploy men first. Few organizations have gender policies in place specifically for surge staff.

A good way to complement your interest in Disasters is to connect with others. Check out these events, galas, conferences or volunteering opportunities related to Disasters.

Disasters is an important topic. Other members found these Giving Funds, Charitable Organizations and Projects aggregated by Giving Compass to be relevant to individuals with a passion for Disasters.